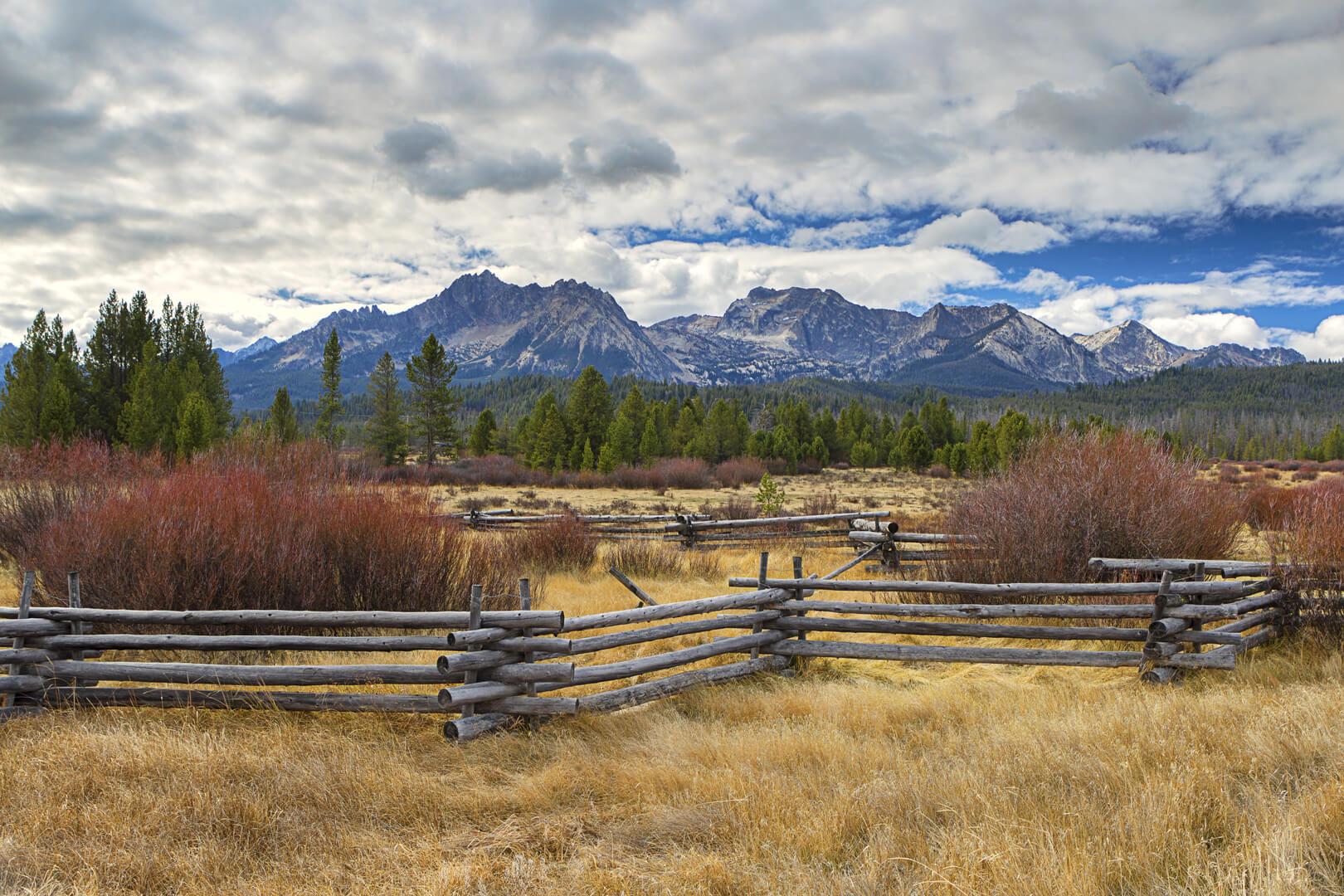 By Exhibit Farm
Dec 09, 2019
in Facts and Numbers,State Ag Spotlight

Who can guess where we’re going this month? This installment takes us a long way from Mississippi, to the far northern U.S. We’re still in the lower 48, but we’ll be heading all the way up to the Canadian border. Ok, we’ll tell you: we’re going to talk about Idaho agriculture today (which you might have guessed from the title).

As we mentioned last month, this will be the last State Ag Spotlight, at least for a while. Next year, we’re launching a new monthly series tackling some big questions that many consumers have about their food. We can’t wait to explore topics like raw milk and grass-fed beef with you, but for now, let’s focus on Idaho and some of its cool commodities. Potatoes are on the list, of course, but there’s several others that deserve a close look too.

In the first place, Idaho was one of the last states to join the Union. It’s #43, to be exact, officially becoming a state in 1890. Before it was designated a U.S. territory, its land had been claimed by a whole host of countries, including the United States, Great Britain, Spain, and Russia.

Agriculture is pretty important in ID. In 2017, agriculture alone contributed $7.3 billion to the state’s economy. Moreover, farming and the related food-processing industry make up 16% of the state’s GDP and supply 14% of its jobs. Idaho is number one in the nation for several commodities, including trout, barley, and (naturally) potatoes.

Let’s start with trout. After all, the cutthroat trout is Idaho’s state fish. Although Idahoans tried to farm trout as early as 1909, the industry didn’t really get going until the 1960s. But once it did get going, Idaho made up for the late start. Nowadays, the state raises about 41 million pounds of trout per year. That doesn’t even count the more than two million pounds of tilapia it produces per year, or any of the other kinds of fish it farms.

Aquaculture adds about $150 million a year to that $7.3 billion that Idaho agriculture contributes to the state. Might not sound like much in comparison with the total, but it’s certainly nothing to sneeze at. And it doesn’t change the fact that Idaho’s trout industry accounts for 46% of all the trout farmed in the U.S.

Trout’s also a popular sport fish in Idaho; the state’s fly fishing opportunities are renowned. And if you decide to go fishing, you might bring along some beer. Idaho can help you with that too, since it’s the U.S.’ top producer of barley. Barley shows up in soups sometimes, and it’s pretty good in its original grain form. In fact, it has the most fiber of any grain; some varieties are as much as 30% fiber. But, of course, barley can also be fermented to make beer, and that’s where 75% of Idaho’s barley goes.

In 2018, Idaho grew 54 million bushels of barley. About half of that went just to Anheuser-Busch, which has two malting plants in the state. It’s been calculated that Idaho’s barley crop would be enough to make 4 billion twelve-ounce bottles of beer. But that’s not all that Idaho contributes to the beer industry: it’s the #2 state in the country for growing hops. Specifically, it produced 16,000 tons of hops in 2018 alone, which is about 15% of all U.S.-grown hops. Because hops are what give IPAs and ales their distinctive flavor, the hops market has grown rapidly in recent years thanks to the demand for craft beer.

You knew we’d get to potatoes eventually. Idaho’s reputation as a potato powerhouse is well-deserved, seeing that it grows about 311,000 acres of potatoes a year. The state’s climate and volcanic soil make it well-suited to growing delicious, fluffy potatoes, which explains why they’re in demand. About 90% of Idaho’s potato acreage goes to russet potatoes, but the state grows over 30 different potato varieties.

All those varieties add up to about 13 billion pounds of potatoes produced per year. In 2017, it was calculated that Idaho’s potato output accounted for 34% of all potatoes grown in the United States. Most of those potatoes are processed into other foods. Data from 2002 shows that, of the processed potatoes in Idaho, 58% were turned into frozen French fries. 2% became potato chips, and the remaining amount was a combination of plain frozen potatoes and dehydrated (i.e., instant) potatoes. Whatever the percentages, it’s an impressive output.

Over and Out (for this week, anyway)

Savor these tidbits about Idaho agriculture as you prepare your wintery meals — especially if you’re planning to enjoy some potatoes or a stew with barley. Like we said, there’ll be a new blog series coming in January, so get ready to start learning about some of the issues consumers care most about. And if you want to look back over the State Ag Spotlights, you’ll find them all here.