Food is a crucial part of daily life, which sometimes makes it seem simplistic and uninteresting. In reality, though, there are some incredible numbers and statistics behind the agricultural industry in every state. The Genesee County Farm Bureau shared some of their state’s ag numbers through an interactive state ag facts display featuring some bright green buttons. 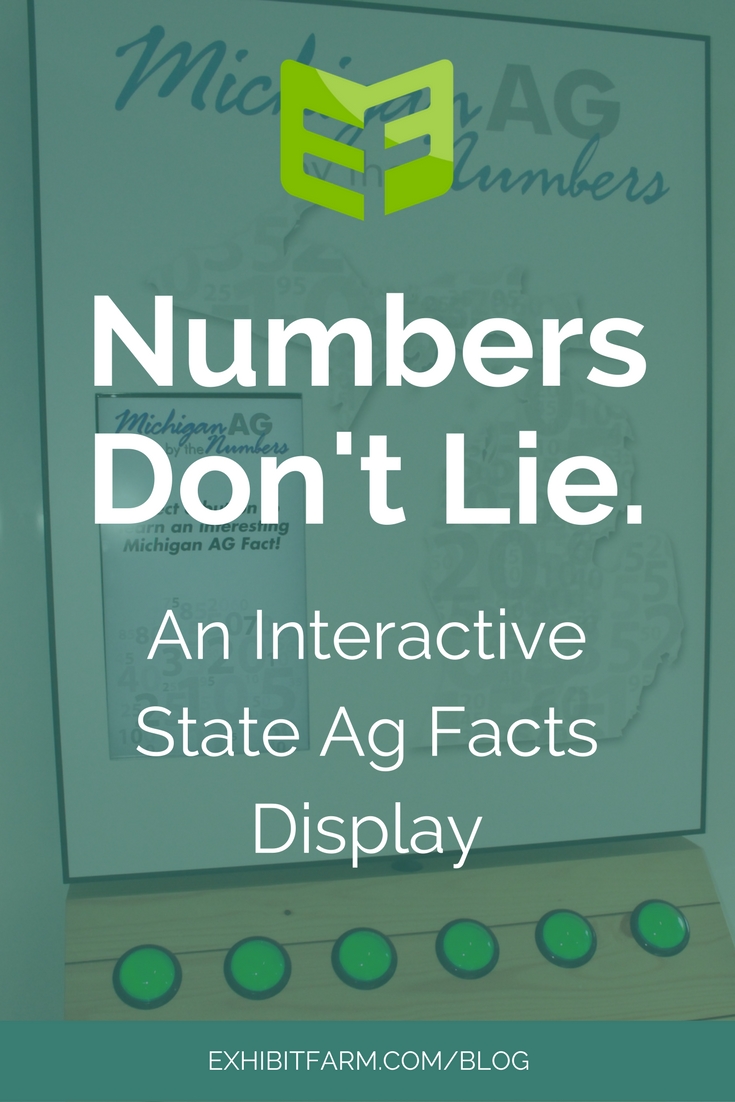 (You can view this agricultural display on our custom products page.)

Stuff like agricultural production numbers or economic impact and land use statistics seem like superfluous information. But they actually touch the life and welfare of every person in the country. Yet most people outside of the agricultural industry take little to no notice of these important state ag facts.

The Genesee County Farm Bureau wanted a way to communicate some of these little-known facts about agriculture in the state of Michigan. They also wanted to make something that could be a little interactive. And they wanted to incorporate this element into the larger mobile trailer exhibit that we made for them. So we turned to technology. We ended up designing a wall-mount state ag facts display with a small screen that served all of these purposes.

The Benefit of Bright Buttons

The display consists mainly of a simple monitor and some bright green buttons. The monitor is surrounded by a sign that introduces the concept behind the exhibit with the title “Michigan Ag by the Numbers.” The buttons sit in a dashboard below the sign and monitor. Agricultural information appears on the monitor in response to pushing the various buttons.

It’s nothing complicated, but this display gave the Genesee County Farm Bureau a way to share the numbers behind Michigan agriculture. People don’t always see the work that the industry puts into producing food for them. But the fun state ag facts and massive numbers that visitors read about help them get an idea of the importance of agriculture in their state.

With this interactive display, the Genesee County Farm Bureau took a step toward increasing agricultural literacy.