Agricultural Illiteracy and Why It’s a Problem

This summer, the Internet blew up with the news that 7% of American adults believe chocolate milk comes from brown cows. As The Washington Post reported, 7% is the equivalent of a little over 16 million people, which is about the population of the state of Pennsylvania. That’s a lot of people to think there’s a connection between cows with brown hides and milk with a brown color. Talk about agricultural illiteracy.

But let’s not get too carried away with this statistic. Let’s step back and take a look at the survey that produced these results. 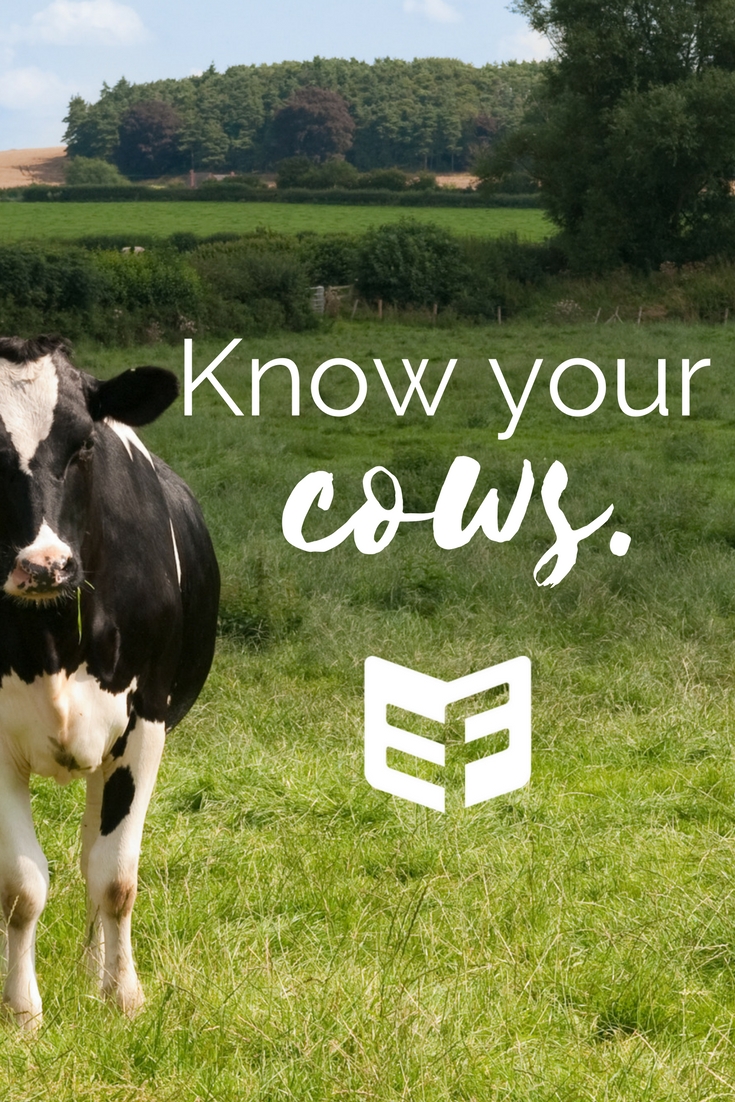 Americans and Their Chocolate Milk

An astute journalist at the Columbia Journalism Review pointed out several days after The Washington Post ran the story that the statistic may be unreliable. The actual survey isn’t available for review, but the CJR journalist cites the report of the survey on NPR. In this report, NPR offers a paraphrase of the survey’s question and the three answer options. The options listed as responses to the question of “where does chocolate milk come from” included “brown cows,” “black-and-white cows,” and “I don’t know.”

These possible answers, as the CJR journalist suggests, are pretty vague and limited. The poor answer options could have confused the survey’s respondents. And that’s likely why 7% selected the answer that chocolate milk comes from brown cows.

So maybe there aren’t 16 million Americans who are confused about their brown dairy drinks.

But perhaps we don’t need this sketchy statistic about chocolate milk to tell us something we already know. Thanks to more accurate surveys over the past twenty-plus years, we already know agricultural illiteracy is a problem.

Back in 1993, for example, a team surveyed 2,005 high school students and adults from parts of Michigan, Indiana, and Missouri. The results showed that consumers have some confusion about which animal hamburger meat comes from. Although about 80% of respondents correctly answered “false” to the statement, “Hamburger is made from the meat of pigs,” the rest either didn’t know or answered incorrectly. That means that approximately one in every five respondents was unsure about the source of hamburger meat.

This confusion probably doesn’t just exist among the groups surveyed. It likely reflects similar trends that can be seen throughout the other 47 states.

A 2011 survey of a handful of 4th through 6th grade children from urban southern California showed results with similar implications. While 56% of these kids could correctly identify the source of a hamburger patty as a “beef animal,” only 39% could identify an onion as coming from a “bulb onion plant” and a mere 22% knew that pickles came from cucumber plants.

At first, it seems silly that some consumers could have this level of agricultural illiteracy. But, if you throw a few more numbers into the mix, these agriculturally illiterate consumers start to make some sense.

The Decline in Farming Americans

This timeline from agclassroom.org tracks the number of farming Americans from the 1700s up to the year 2000. It shows that the ratio of farmers to consumers has been steadily dropping since the late 18th century. And it’s only dropping faster as time goes on. In the 1840s, approximately 69% of the nation’s labor force was made up of farmers. By contrast, as the United States Department of Agriculture reports, agriculture, food, and related industries employ less than 12% of the working population in the U.S. today. More than half of that percentage goes to food service employees. Less than one in every seventh worker in the category actually has a job farming.

That means that, today, only a little over 1% of the entire U.S. working population farms. This leaves the other 99% of workers with either an incomplete or non-existent understanding of how food gets produced. And, in this busy world, it’s no wonder that these non-farmers and their kids don’t give much thought to what exactly happens on a farm. They may be informed enough to know that brown cows do not produce chocolate milk. But that doesn’t cancel out the fact that they are simply disconnected from farms and the farmers who run them.

As a result, these “illiterate” consumers have little reason to trust any person or process involved in providing the food. No partnership exists between the groups. Rather, the misconceptions of ill-informed consumers divide them from farmers. These misconceptions divide these two groups when it comes to the subject of food production. And that’s the very thing that should unite them.

To solve this issue of illiteracy, we need to re-build the relationship between farmers and consumers. We need to restore the trust and understanding that consumers should have for producers. And we can do this through effective and innovative agricultural education.

Representatives of the farming community can help make this happen by inviting consumers into their world. They just need to be willing to sacrifice their time and invest in the tools necessary to help increase agricultural literacy in the people whose plates they fill. But this price is a worthwhile sacrifice for the agricultural industry. After all, food producers could ask for no greater advocate than the very people they serve.

What Can You Do to Improve Agricultural Literacy?

If you are a part of an agricultural group, this is your call to action. Consider the ways in which you and your coworkers could better connect with and educate the consumers in your area. Think about the misconceptions you’ve struggled to combat. Come up with creative ways to help your consumers understand the truth about what happens on the farm. Evaluate your resources. And use those resources wisely as you build relationships with those outside of the farming community. For starters, you can check out our custom products page and get ideas of the tools other agribusinesses and agricultural community educators have used to educate consumers.

But, whatever you do, just don’t spread the word that brown cows make brown milk. We certainly don’t want that hypothetical 7% of confused chocolate milk drinkers to become a reality.