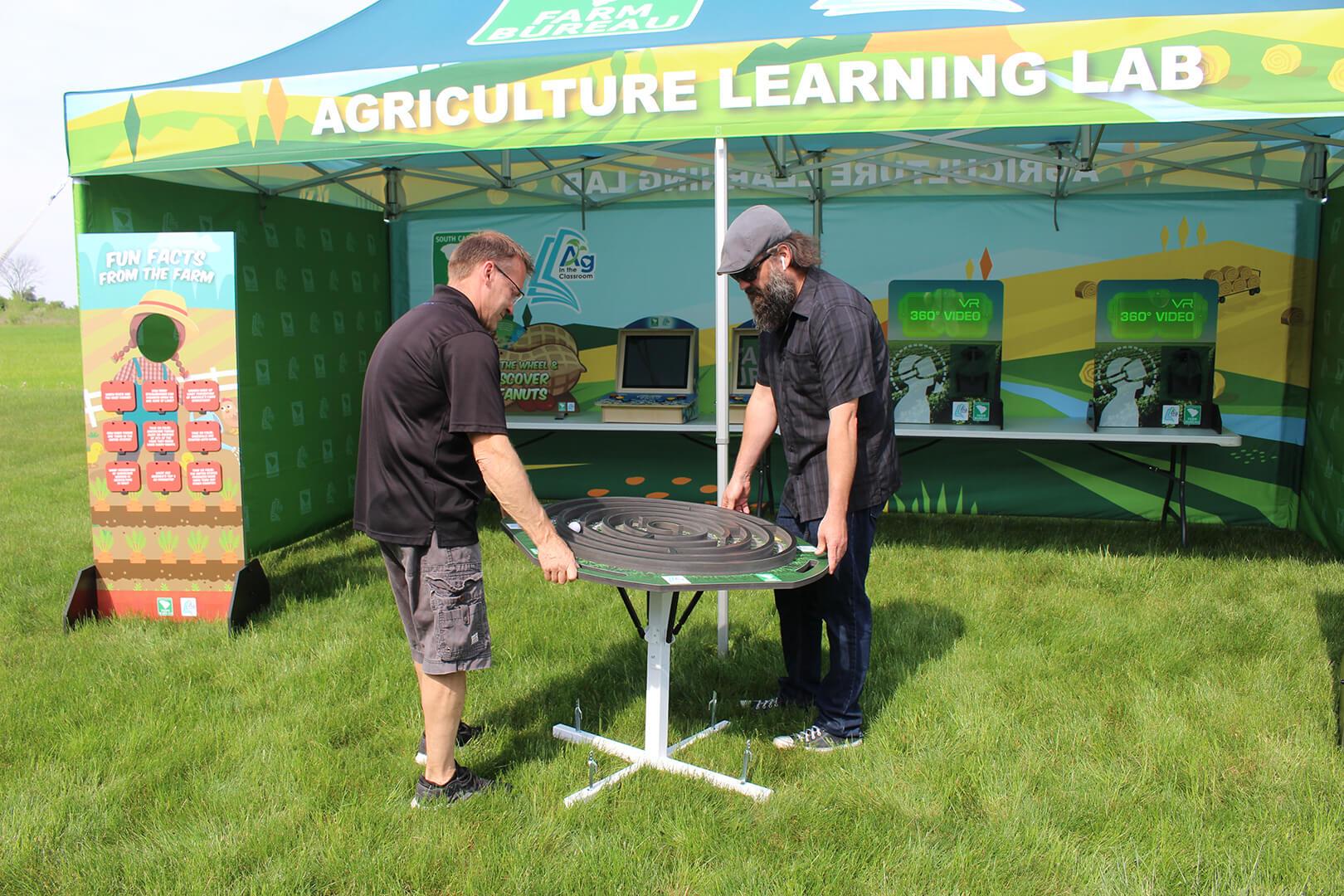 Despite what you might think, “maize maze” isn’t a typo. It’s just the cleverest way we could think of to describe our corn maze game. You see, “maize” and “corn” both refer to the same plant (the one that produces delicious yellow kernels). Americans tend to use the word “corn,” while people in other parts of the world usually say “maize.”

So since we’re based in the States, calling our game a “maize maze” is a little unusual. But it’s accurate, because this game is inspired by corn, and specifically by a corn maze.

We designed this game for South Carolina Farm Bureau, which was revamping its elementary school programs.  SCFB already had quite the setup, including an ag trailer, when we started working for them. Because of COVID, they needed to run all their school programs outside and provide enough space for kids to stay spread out.

The ag trailer made the outdoor part easy, but SCFB still needed to limit the number of kids inside the trailer at once. They asked us to come up with displays and activities to keep half a class busy while the other half toured the trailer.

We decided that a three-sided exhibit tent would fit SCFB’s needs best. So we got to work filling it with displays, including the corn maze game.

(You’ll find more photos of the corn maze game on its page in our online catalog.)

The game can be played by one person or up to four people, which makes it helpful no matter how big your crowd is. It works by mounting a maze on top of a tilt table. Players take one of the four handles around the edge of the table. Then, they have to cooperate to tilt the table until the golf ball inside the maze rolls in the right direction. Unsurprisingly, the game gets harder the more people are involved!

Since we mounted the maze table on gas springs, it tilts easily in 360 degrees. The sensitivity is part of what makes the game challenging — players have to make sure they don’t tilt too much.

It’s not just fun and games, though. (That is, it is fun and games. But there’s more to it.) We looked up facts about corn and how people use it, and printed the info on the paths between the maze’s walls. That way, the kids can learn about agriculture even while they’re playing a game. We’ve created so many educational games that what’s one more?

With the maze game, SCFB can keep several kids occupied while they’re waiting to tour the main exhibit. Or SCFB can attract families to their booths at other events. Or they can bring some fun to a corn-themed meeting. There may not be thousands of uses for this game (like there are for corn), but it’s pretty versatile.