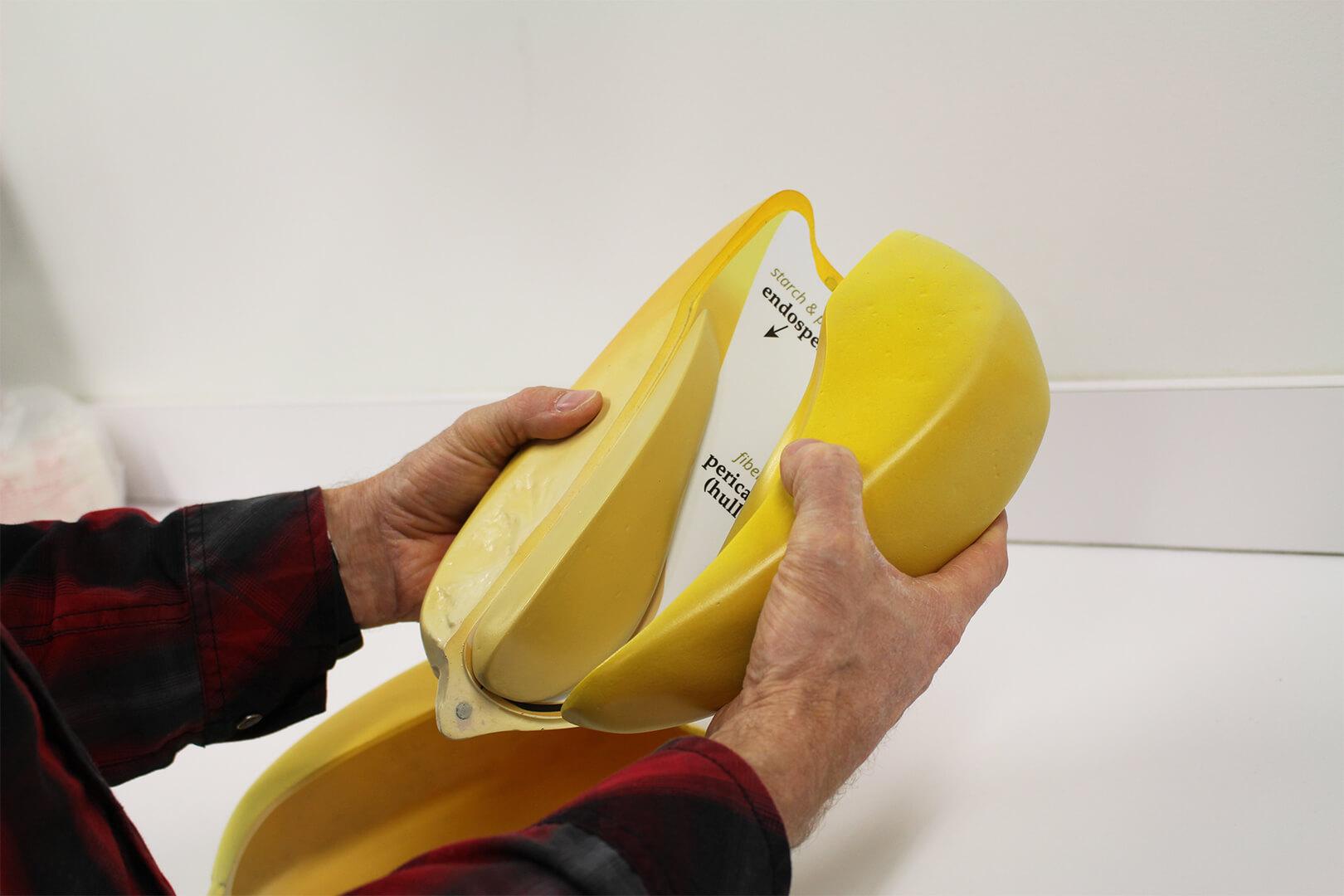 Play with Your Food: A Hands-on Corn Kernel for Classroom Activities

Did your parents ever have to tell you, “Don’t play with your food!” when you were a kid? It’s a pretty common refrain around kids, especially when it comes to vegetables. And, to be fair to all the parents out there, it really isn’t polite to play with food at the table.

But, playing with food can be useful in other circumstances. One of our farm bureau clients, for instance, has hands-on classroom activities that involve giving students corn kernels to cut open.

Why would they do that, you ask? Well, they’ve found that learning about all the different parts of a corn kernel gives students a better appreciation for how complex the science behind corn (and the process of growing corn) is.

Cast your mind back to high school biology. Chances are, at some point, you had to dissect a frog. And aside from the gross factor, there’s a lot that can derail a dissection. Sometimes the specimen isn’t properly formed, so the part you’re looking for doesn’t look like the picture in the textbook. Sometimes, you cut it clumsily and accidentally destroy whatever part you’re supposed to be finding. And if that’s true of a frog, imagine how much more true it is of something tiny like a corn kernel.

So even though DeKalb County Farm Bureau had no intention of quitting their hands-on corn kernel dissection activities, they were also looking for a backup. They wanted their instructor to have a perfectly-formed specimen. That way, if any of the kids messed up their real kernel, they could still see for themselves what the inside of a corn kernel looks like.

When we heard what they were looking for, we knew the 3D corn kernel model we’d already built wasn’t going to cut it (pardon the dissection pun). For the activities DeKalb County had in mind, the corn kernel model would have to be even more detailed.

(You can see step-by-step photos of someone assembling the new model on its page in the catalog.)

Our craftsmen went back to the drawing board and started working on a pull-apart model of a corn kernel. Like our other model, it would be greater than life-size so teachers can demonstrate from the front of the classroom. But most of the other details would have to change.

The fabrication crew re-designed it to split along a different axis and started engineering parts to nest inside each other. We’d have to use a different material, which meant a new way of shaping each part. After a lot of experimenting with molds and prototypes, we arrived at a realistic, detailed, hands-on model of a corn kernel.

One side of the model is solid, with graphics and labels for each part of the kernel. Three detachable pieces nested inside each other make up the other half. Magnets hold each of them to the solid half. Just like in a real kernel, the seed embryo is the smallest piece. The pericarp arches over it, representing the part of the seed containing nutrients for the embryo. Lastly, the hull fits over both the pericarp and embryo, protecting the inner kernel.

With the hands-on corn kernel in their toolkit, DeKalb County’s classroom activities are even better equipped to introduce kids to some of the complexity behind their food. And when they pull apart this model, it’ll be a lot less messy than playing with their food at the table.