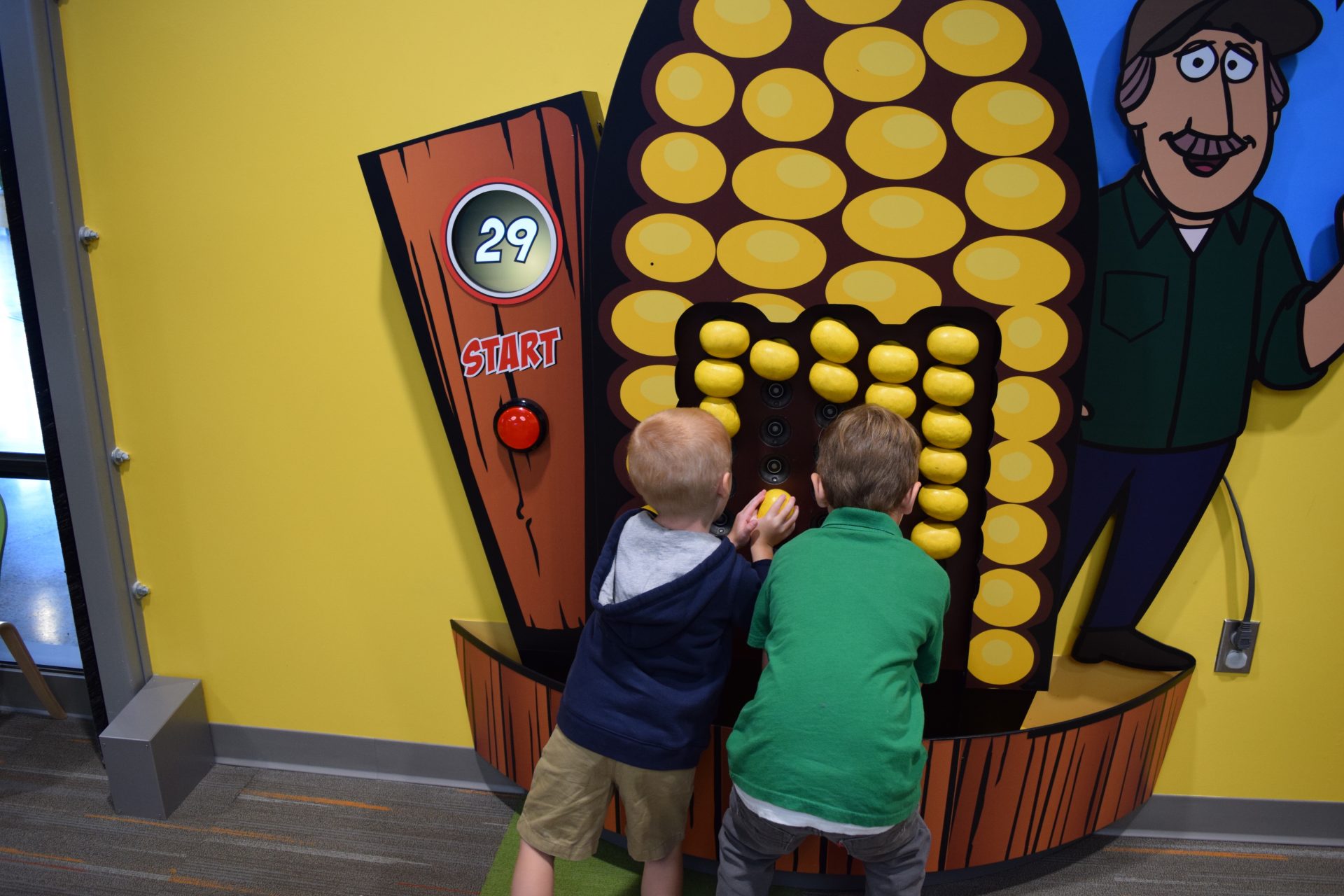 Behind the Scenes: The Making of a Crazy Corn Kernel Game

By Exhibit Farm
Nov 09, 2017
in Behind the Scenes,Children's Display

This giant, cartoonish corn-on-the-cob in the kids’ section in the AgroLiquid IQhub uses electromagnetics and a count-down timer to give visitors a fun challenge. In today’s post, we’ll give you a look behind the scenes at the making of this awesome electromagnetic corn kernel game.

Inside an Electrified Corn Cob

The game is simple to understand. To win, players must race against the countdown timer to line up as many giant corn kernels onto the cob as they can. Once time is up, the kernels fall off of the cob, and the player has to start over again.

Our Exhibit Farm team made this happen using a microprocessor, magnets, and a complex series of wires. One team member commented that the inside of the final product, with its hundreds of interlacing wires, looked almost like the inside of a pinball machine.

The microprocessor acts as the “brain” of the corn kernel game. Our team programmed this microprocessor’s chip to control the electricity that goes to a series of sockets in the corncob. They wired electromagnets in these sockets to the microprocessor, which they connected to the game’s start button.

Thanks to this current, the electromagnets are able to hold on to the magnetic ends of the giant kernels. These ends of the kernels have a simple metal plate that makes them magnetic. The rest of the kernel is made of molded foam coated with yellow rubber, making them lightweight and flexible.

This same monitor shows a countdown of the time that the player has left to fill up all of the slots on the cob. Once the time is up, the microprocessor cuts off the electric current to the electromagnets one at a time, starting with the lowest rows, causing the slots to lose their magnetism. The foam kernels drop one by one into a bin below.