A little while back, we came across a 2015 article from cattlenetwork.com that identified the primary obstacles facing agriculture today. These obstacles included issues such as a growing population, climate change, and water quality. But the one obstacle that the article emphasized above all the others was the obstacle of consumer misconceptions about agriculture. The task of improving consumer perception of agriculture, the author said, is “the greatest challenge facing agriculture in the next five years.” 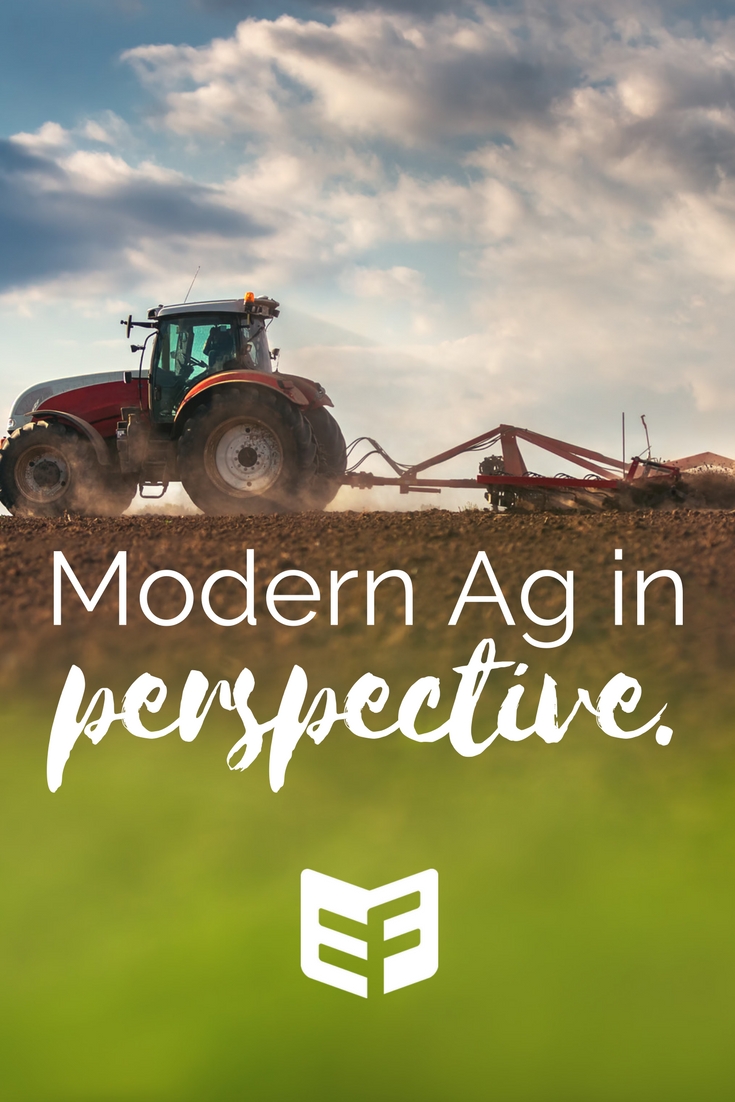 The Case for Informed Consumers

The reason why consumer perception is such a big deal goes back to a point that we made in an earlier blog post. The folks behind modern agriculture need to be on the same page as consumers because consumers have a lot of influence. They have the potential to become the greatest advocates of the industry. After all, as the cattlenetwork.com article acknowledges, consumers will help make important future policy decisions regarding agriculture. They have the power to both hold back and spur forward technological innovations in the industry. Which one they ultimately do depends on whether or not they believe in those innovations.

The article points out that, nowadays, consumers have an unfortunate tendency to listen to anti-agriculture groups. Through their strategic messaging, these groups breed distrust in and dissatisfaction with innovations in agriculture. In reality, however, such groups often don’t provide reliable information in these matters. Agribusinesses and agricultural community education groups, on the other hand, have more accurate, first-hand information. They just need to get that information out there. They need to become the reliable sources for people seeking information in agricultural matters. By doing so, there’s a chance agricultural groups can begin to build a strong relationship with consumers.

To counteract the spread of misinformation about agriculture, we first have to know what topics cause confusion among consumers. What issues breed their distrust of modern agriculture? What prevents them from feeling connected to the industry as a whole?

If you Google “top misconceptions about agriculture,” you’ll find tons of articles outlining the primary topics of confusion for consumers. After perusing a few of these lists, we’ve pinpointed six myths that we think have particular weight in today’s culture. As you read on and consider ways to counteract these myths, check out our portfolio of past projects. We created these exhibits for our clients to help them dispel misconceptions about agriculture. And maybe the ideas will help you do the same.

1) Farming is old-fashioned and low-tech.

One of the top misconceptions about agriculture is that today’s farmers live in the past—in a world of rusty tractors and old-fashioned tools. They see the agricultural industry as antiquated, unsophisticated, and slow-moving.

What they don’t know, however, is that agriculture is actually a major hub for the latest technological and scientific advancements. As a result, modern farmers often receive higher education in a variety of areas. Plus they know how to work devices such as iPads, drones, and highly developed tractors. This Washington Post article outlines other highly technical elements of modern farm work.

2) Big corporations own most farms.

Food labels such as “Non-GMO” or “Antibiotic Free” can sometimes help consumers have a better idea of what they’re buying. But usually these labels just confuse and deceive uninformed shoppers. Consumers tend to have a very limited understanding of what the labels mean in the first place. But those labels still attract them simply because they make the food sound healthier or more natural.

To cite a couple examples listed on The Peterson Farm Blog, the label “Non-GMO” often appears on foods that contain produce that has never been genetically modified. Additionally, the label “Antibiotic-Free” is misleading because, in truth, all meat in grocery stores is antibiotic free. This is because all farmers are restricted from slaughtering animals that have been treated with antibiotics until the antibiotics have left their bodies.

When it comes to labels like this, it’s the role of the agricultural industry to make sure that consumers have a foundational understanding of the corresponding practices involved in modern agriculture. That way, consumers won’t be tricked into buying a certain product for a reason that is based on misunderstanding.

Today’s consumers tend to assume that the more expensive, organically grown foods are safer and healthier than conventionally grown foods. Most are surprised to learn, however, that the nutritional advantages of organic foods are generally minimal to non-existent. A writer at Frontiers of Freedom goes into further detail on this subject in an article published in summer 2016.

In addition, many consumers don’t realize that farmers still treat organic foods with pesticides, just as they would with any other crop. The only difference in the pesticides used on organic farms is that the chemicals in these pesticides occur naturally while scientists synthesize the pesticides used on conventional crops. Just because they’re “natural” chemicals, however, doesn’t make them safer. Even these “natural” chemicals can prove a danger to consumers, as the Frontiers of Freedom article notes.

Chemicals in both synthetic and natural pesticides can negatively influence human health. However, chemicals used for pesticides are essential to protecting food from predators who would potentially harm or destroy the crops.

In fact, as this Washington Post article explains, the greatest threats to food safety are biological contaminants such as viruses and parasites. These can be introduced to a food supply by pests. But the appropriate application of the right chemicals can help prevent such contamination. When toxic chemicals enter a food source, they most frequently come from natural sources, not from pesticide residue.

One of the biggest misconceptions about agriculture appears in the topic of genetic modification. Because of the negativity surrounding GMOs in the media, the majority of consumers see GMOs as something to avoid. Some anti-GMO groups have even called GM foods “poison.”

Furthermore, GMOs have actually shown no negative health effects in the 20-plus years since the first genetically engineered food became available for humans to eat. This means they are a far-cry from being poisonous. In fact, genetic modification can help crops fight diseases and pests. Scientists also use genetic modification to give certain foods more health benefits. (For more on these facts, check out this article and this funky YouTube video.)

The above six misconceptions about agriculture are only a handful of the wide array of confused ideas surrounding the industry in America. As you take your own steps to promote agricultural literacy where you are, keep these in mind. Remember that these areas of confusion are the single most challenging obstacles that you need to overcome in order to best educate consumers.

Check out this page to view our display that addresses misconception number six, the concern about GMOs. This display appeared this week at the Michigan Farm Bureau State Annual Meeting in Grand Rapids.