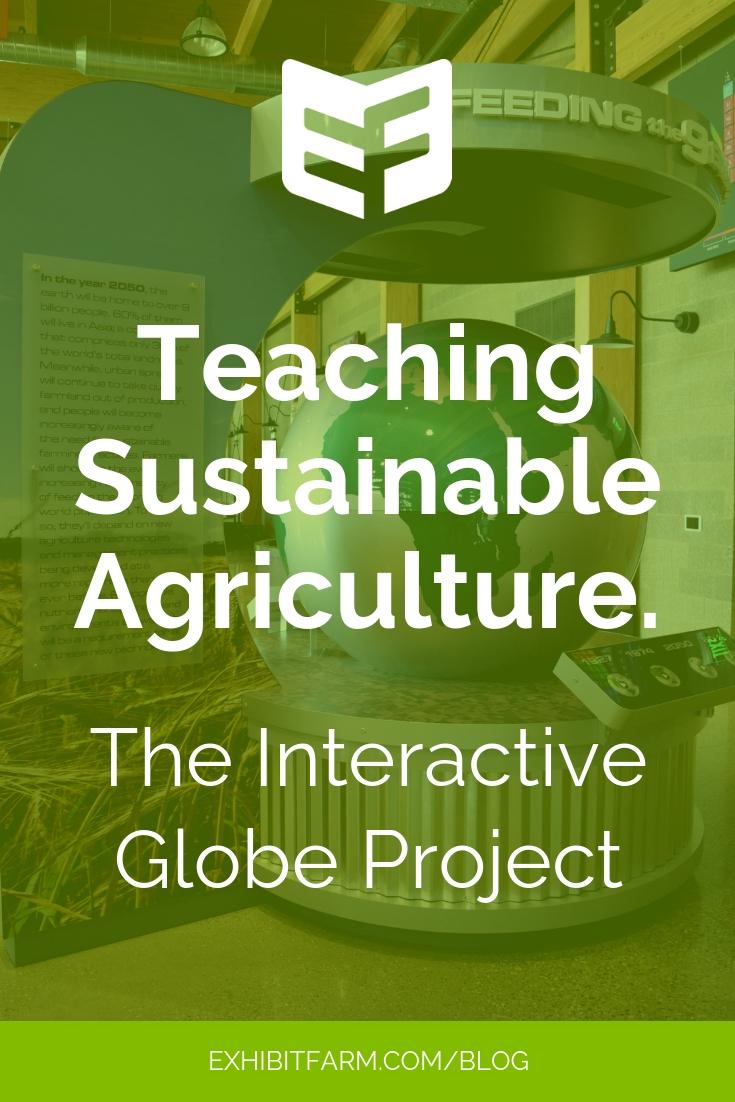 What does a big shiny acrylic globe have to do with teaching sustainable agriculture?

Quite a lot, actually.

Many of today’s consumers frown upon innovations in modern agriculture. They see attempts to increase agricultural productivity as unnatural. But they don’t take into account the need to continue developing more efficient farming techniques that will sustain a growing world.

As earth’s population expands, the amount of food needed increases as well. This means that farmers can’t rely solely on older or even current farming methods to feed the world. After all, if they did, they would be unable to produce enough food to feed everyone.

This is why, as a part of the agricultural industry, it’s your job to take on the responsibility of teaching sustainable agriculture to these consumers. Help them see the role that innovation has in supporting a hungry world.

And this is where a big shiny acrylic globe comes in. We call it the “Feeding the Nine Billion” display. It’s an interactive exhibit element that provides visitors with a visual perspective on population growth. By showing how the number of people will continue to increase in the coming years, the exhibit helps explain the need for innovations in sustainable agriculture. 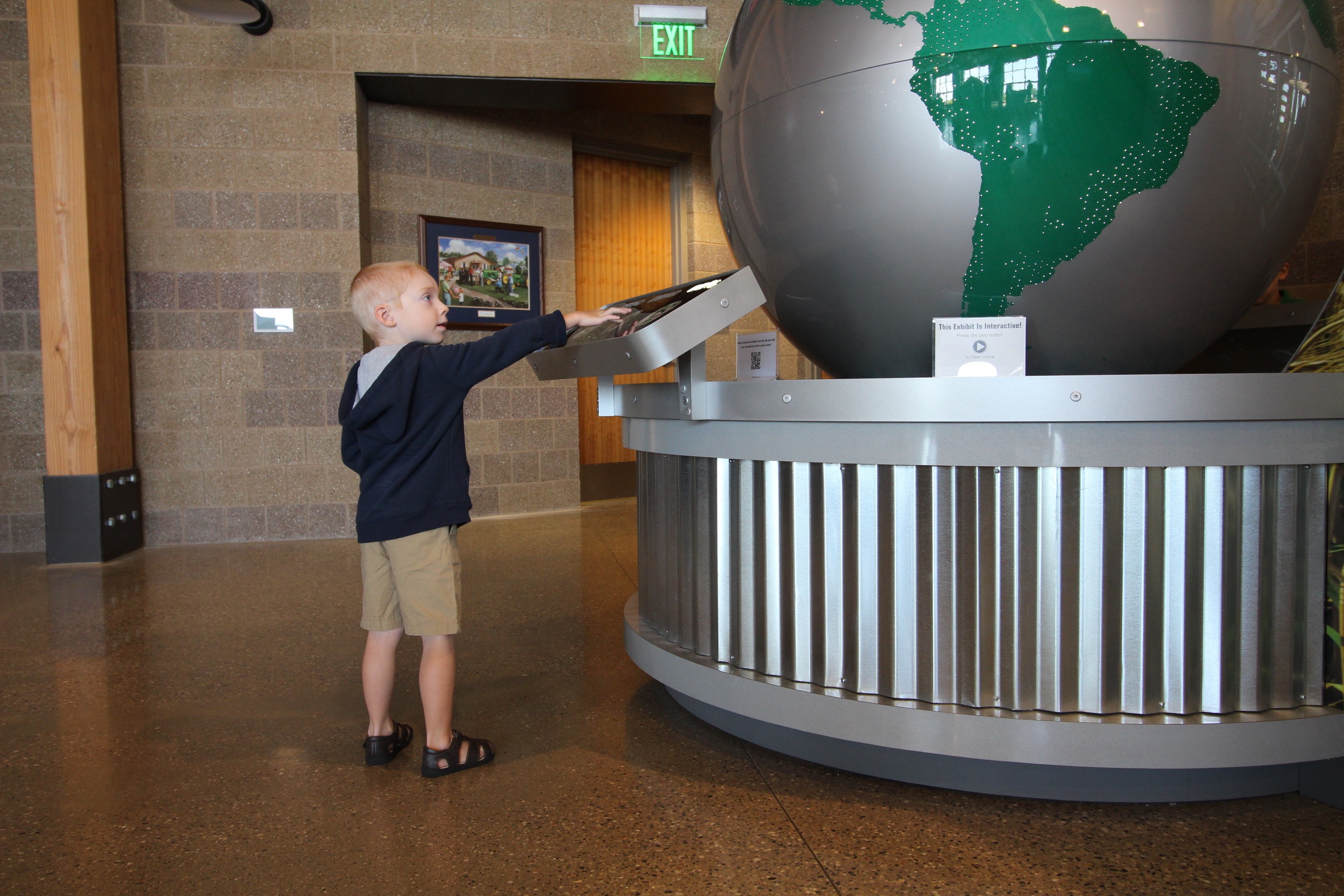 Three buttons control some of the fiberoptic lights in the globe. When pushed, they illuminate small dots around the globe. The dots represent the population densities at different points in recent history and the projected population for 2050. If past trends in population growth continue, then the current population of approximately 7.5 billion will shoot up to 9 billion by then. That’s a population increase of about 20% in less than thirty-five years. In other words, that’s a lot.

A fourth button shows the percentage of the future population that farmers will be able to feed if they fail to increase agricultural output. According to some projections, our current productivity levels would leave 40% of the future population unfed. Such a statistic calls for major innovations in the agricultural sector. This means that consumers should be encouraging the advancements that farmers, mechanics, scientists, and others are making in the industry.

Since this globe is so big and shiny, it’s the sort of exhibit element that will really stick in people’s minds. Plus the added visual of the lights will help them understand the facts of population density and growth. I guess you could say that this shiny globe “sheds some light” on the need for innovations, making it an invaluable tool for teaching sustainable agriculture to consumers.