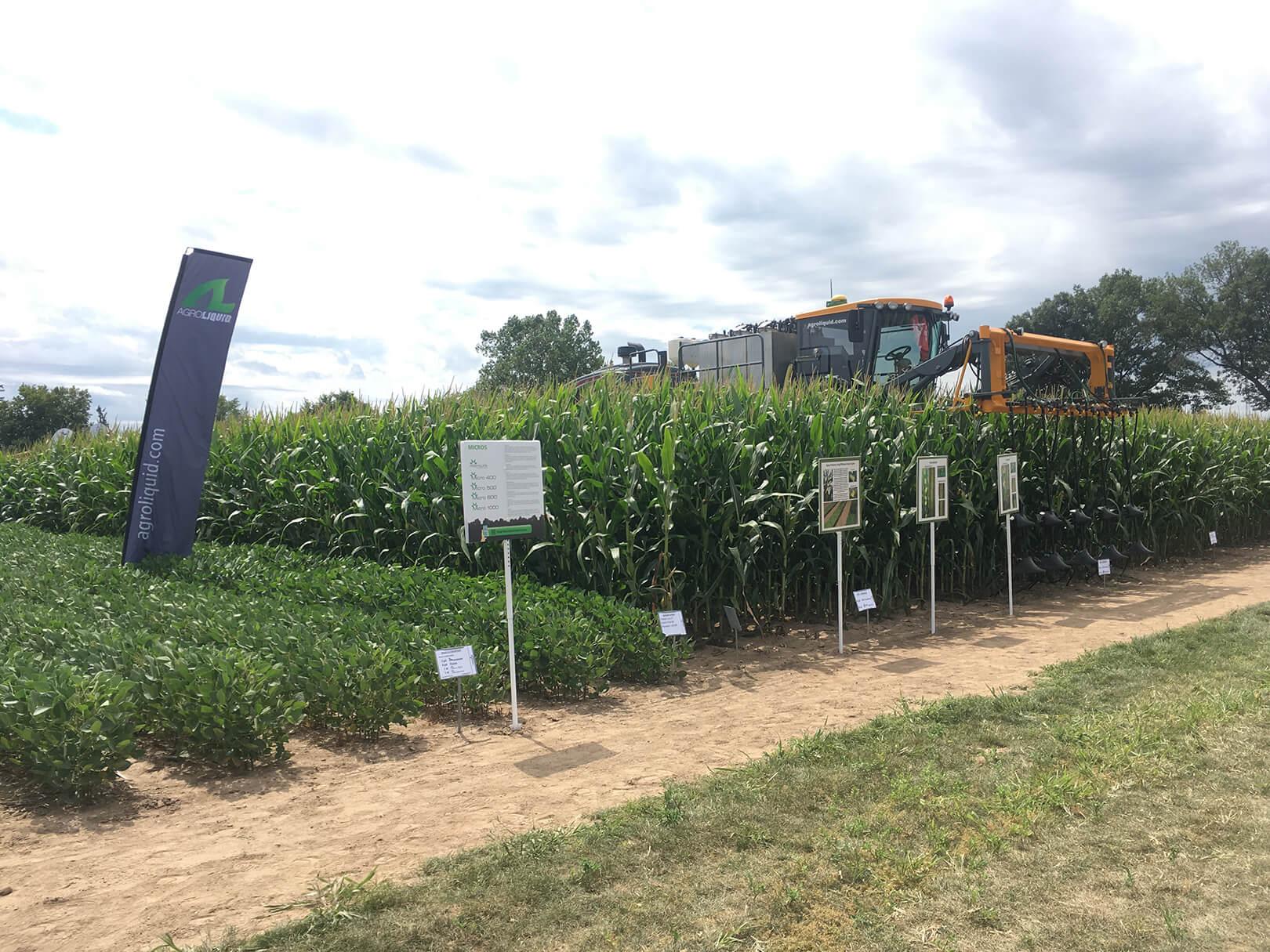 Our two days at the 2019 AgroExpo in St Johns were quite the introduction to our local Michigan ag community. (Although not every attendee was local. More on that in a minute.) We spoke with farmers, fellow exhibitors, past or current clients, and representatives of ag groups — it was a very mixed bag!

We met people who’d traveled from places like Missouri or Oregon to be there, but the prize for longest journey (as far as we know) went to the delegation from an ag company based in Mexico. Yep, not New Mexico, but Mexico itself.

Once again, our sugar beet models were unmatched in catching people’s eyes and reeling them in for a closer look. Partway through Day 1, though, we realized that people were initially mistaking them for real beets! We’d invite our guests to pick them up, and they’d laugh in surprise at how little the foam models weigh. We started billing them as “the world’s first sugar-free sugar beets.” Very low-calorie, that’s for sure.

In a sea of tri-panel bannerstands and cloth-covered tables, the custom elements in the Exhibit Farm booth stood out like a cornstalk in a soybean field. Our signature spring green was a fresh contrast to all the shades of dark forest green around us. As we expected, our corn-topped table became a conversation-starter in its own right, besides a handy way of displaying brochures and plant models.

The Farm Fun trivia game was a hit with the kids, who often dragged parents or grandparents into the booth to play with them if siblings weren’t cooperating. We may or may not have played a few rounds ourselves when things were slow.

We also had the chance to explore the equipment samples, test crops, and outdoor demonstrations that were going on. If you’ve never gotten up close and personal with machinery as massive as an agricultural sprayer, just know it’s quite a sight. We also had the awesome experience of spotting some of Exhibit Farm’s nutrient deficiency models in use and on display in the Agro Liquid tent. (You’ll see them in the photo to the right if you look close enough.)

Overall, the 2019 AgroExpo was a lot of things: a chance to meet people, an introduction to Michigan’s ag community, a glimpse of products and agribusinesses we didn’t know were out there. We enjoyed bringing our unique Exhibit Farm style to liven up a corner of the show, and we’re looking forward to following up with those of you we met there!