In our last “Recommended Resource” post, we introduced you to a short and fun little video that gives a scientific perspective of GMOs and what they really do. Today, we’d like to point you to another awesome resource that will help you delve deeper into the facts and history behind genetically modified organisms. This time, it’s not a single video but a series of videos. We hope that this series will bring you to a new level of understanding the controversial subject of genetic modification. With that said, I’d like to introduce you to “Know GMO,” a YouTube series that delves into some of the tough questions behind this biotechnology. 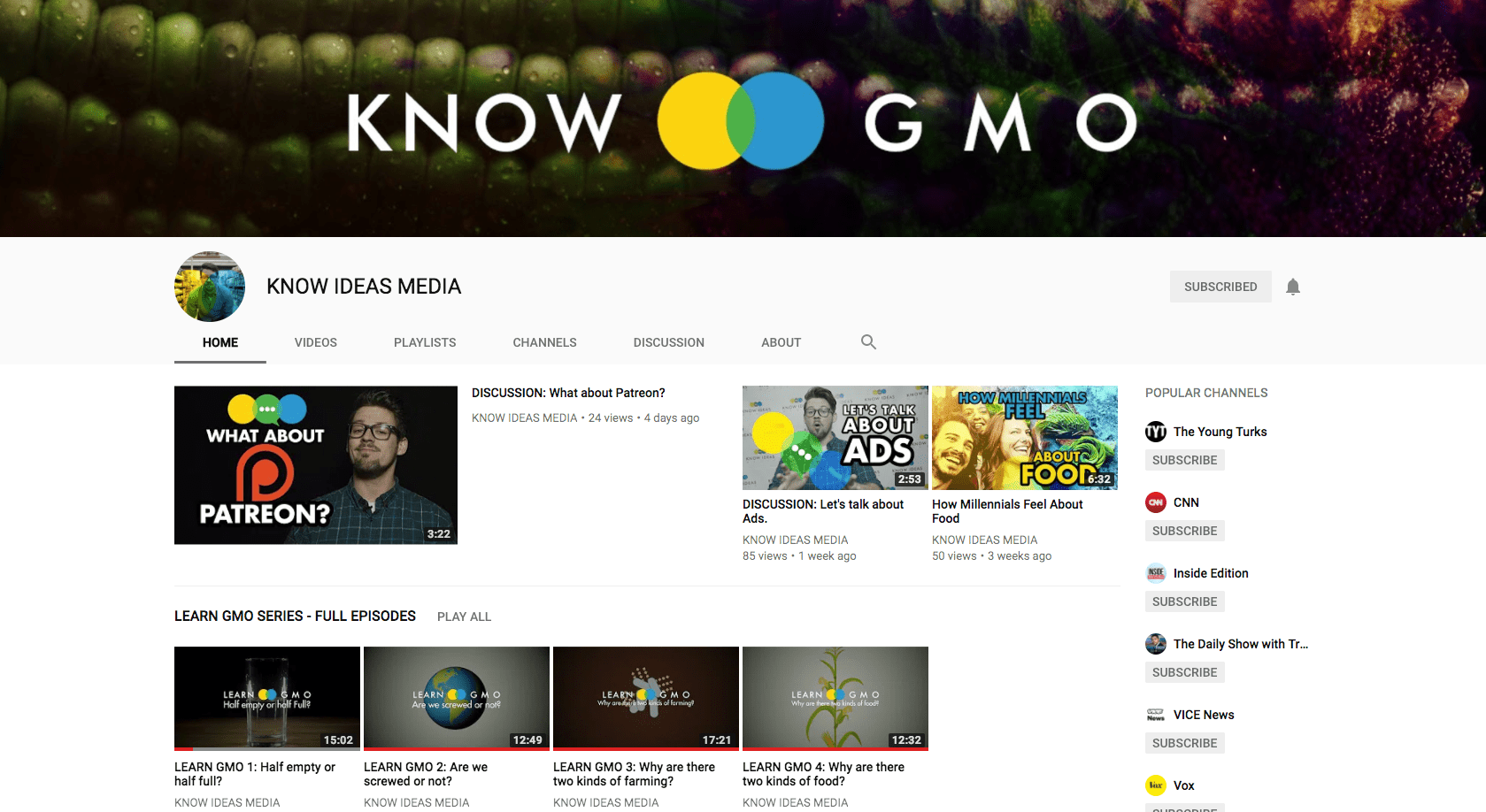 Summary of the “Know GMO” Series:

Nick Saik is the guy behind the “Know Ideas Media” YouTube channel. He’s a millennial who has lately had a lot of questions about food, specifically genetically modified food, or GMOs. As a result, he’s dedicated a large portion of his YouTube channel to asking hard questions about GMOs and presenting clear, well-informed answers. On his channel, he dedicates a pair of playlists to GMO education. These playlists arethe “Learn GMO Series” and the “Know GMO Vlog.”

In the “Learn GMO Series,” skeptical millennial Nick and his farming baby boomer father, Rob, take several forays into the world of agriculture. In the four documentary-style episodes, Nick faces some misconceptions that he’s formed about today’s agricultural industry. He does this with the help of some of Rob’s farming connections. The father and son travel to various locations to meet up with informed ag workers. And, together, they look at the science and the practices of modern agriculture. The hot-button topics they tackle include the comparison of “organic” and “conventional” as well as “natural” and “genetically modified” foods. Through all of the discussions, we see Nick start to overcome some of the confusion he has regarding modern farming.

The “Know GMO Vlog” takes on a different format. Rather than following his journey in the documentary style, Nick presents his findings about food in a vlog format. In these episodes, he dives in to questions about how people feel about food and why they feel that way. He explains some tough scientific concepts using easy-to-understand language. And he isn’t afraid to challenge some of the most popular perceptions about modern agriculture.

When you check out Nick’s channel, be sure to also check out the sources he provides in the descriptions of his videos. These sources offer additional information about the stuff that he addresses. Plus they back up the arguments that he presents in the videos.

What are you waiting for? Follow Nick on his journey, and get to know GMOs for yourself.