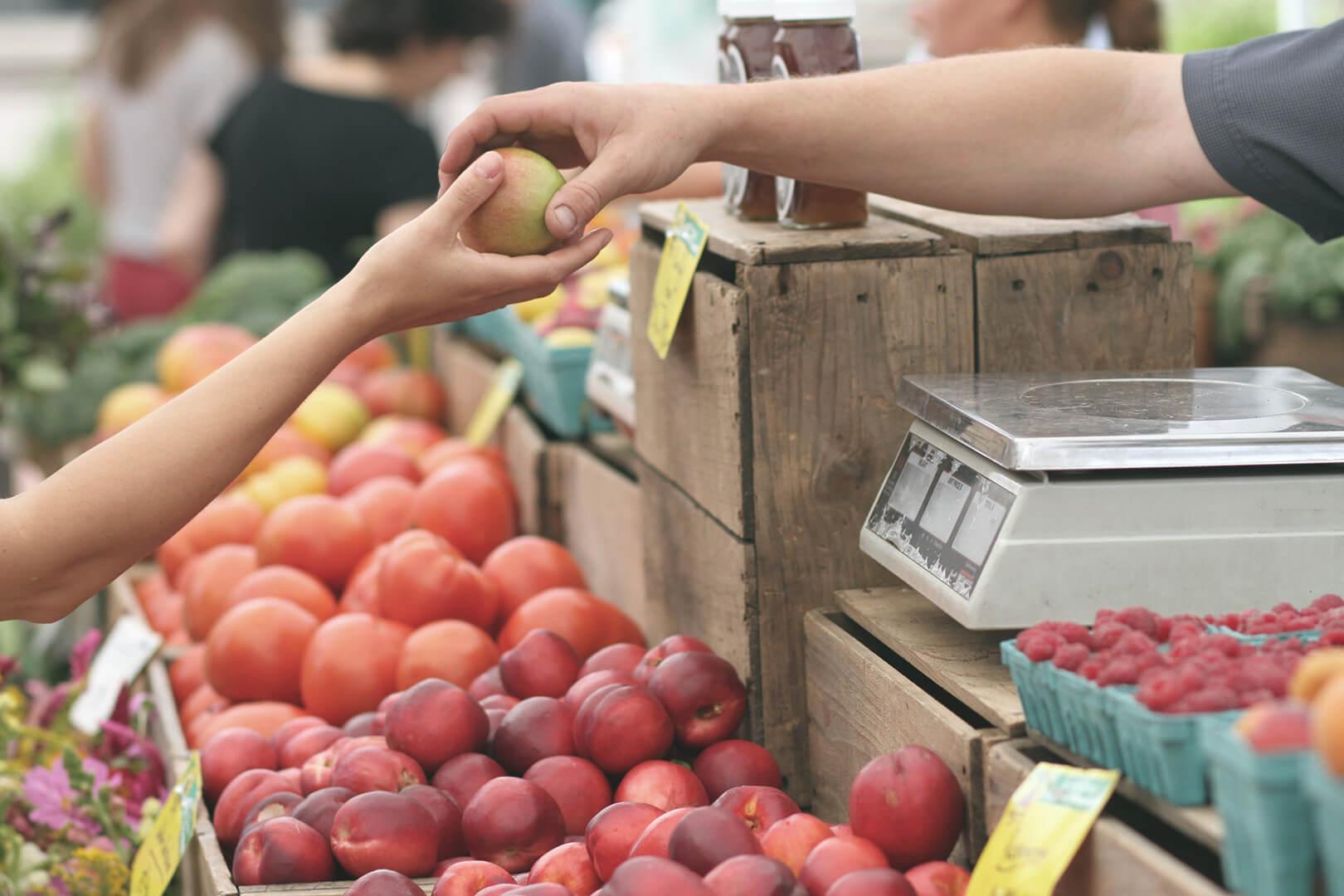 It’s spring! (Or it’s getting there, depending on where you live.) Warmer temperatures mean flowers, sunny skies, and the first crops of the year. And once those early crops start ripening, farmers markets start gearing up to sell local produce. Even under the coronavirus outbreak, many states have let farmers markets stay open (with social-distancing rules in place, of course).

Demand for local food has grown rapidly in the past 10-20 years, and farmers markets account for a lot of the revenue earned by selling it. You’ve probably heard people tout the benefits of local food before. And it’s natural, when you hear about a particular diet, to wonder if it actually provides all the benefits people claim. Is local food always better? Does it make that much of a difference?

The difficulty with a question like “Is local food better?” is that there’s a lot of ways to measure “better.” Better in terms of health? Environmental impact? Farmers’ profits? Let’s look at each of those aspects.

What Do We Mean by “Local Food?”

A quick note before we start, though: there’s no universally-accepted definition of “local food.” Some people call goods produced within 400 miles of the store or market “local;” others restrict that range to 100 miles. Still others say anything grown in-state counts as local. We mention this just so you’re aware of the uncertainty and know to ask people to clarify their definition of ”local food.” (We didn’t use a specific definition when researching this article — that’s not ideal, but studies don’t always give their definition and we didn’t want to discard any sources.)

Is Local Food Better for Your Health?

Now, to the specifics. One common argument is that local food is fresher because it has to travel less. That’s sometimes true, but not always. Freshness doesn’t just depend on quick transport; maintaining cool temperatures around the produce is equally important to keeping it fresh. Local farmers aren’t necessarily able to do that better than industrial shippers.  The USDA, citing a couple scientific studies, concluded that it’s not clear whether shorter shipping makes food inherently fresher.

Other studies, though, have found a correlation between the presence of local food markets and better health in the surrounding communities (measured by things like lower BMIs or diabetes rates). More specifically, two studies found a link between higher consumption of local food and lower county-wide obesity rates.

As encouraging as these studies are, the trouble is that it’s hard to say that greater nutrition in the food caused these results. One research organization points out that it’s possible the causality goes the other way. Maybe communities whose people are more concerned about health (and thus healthier to begin with) simply are more likely to support local food markets. It’s also just hard to measure how much or whether local food affects health, because it’s difficult to prove consumers ate better specifically because local food was available.

Is Local Food Better for the Environment?

Since local food generally travels less, some people argue that it’s more eco-friendly (because less transportation means less fuel burned). Like the argument that local food is fresher, this argument is sometimes true, but “not necessarily [true],” according to NC State’s Ag Extension. Why not? Well, although there’s multiple reasons, the most important is that “efficiency is often more important than distance.” As the USDA points out, supply chains of different length often use different methods of transportation. The methods for shipping food over long distances, such as railroads or 18-wheelers, can be more efficient than the many short car trips usually used to transport food locally.

Is Local Food Better for the Local Economy?

66% of grocery shoppers believe buying local food helps the local economy. And in fact, one study found that having a farmers market downtown encouraged more spending at nearby businesses. Another study in Iowa found that every dollar spent at a farmers market led to another 58¢ spent in “indirect and induced sales.” On the other hand, sales at a farmers market reduce sales at grocery stores, which could “offset” some of those benefits.

And what about economic benefits to farmers? Answers to this question vary wildly; a lot seems to depend on where you are and how big a farm you’re running. The USDA found that “many direct-to-consumer [D2C] outlets [like farmers markets]…are not very profitable for farmers on average.” A 2014 study found that farms using only D2C channels had “significantly lower” earnings than farms using multiple channels.

On the other hand, Cornell University’s survey of farmers markets in New York state found that in certain cases, they were the only way very small farms could make a profit. Besides the immediate profitability, several farmers said farmers markets gave them a valuable connection to consumers that meant better marketing later on.

Where Does this Leave Us?

So, sounds like local food is a mixed bag. It can be healthier, more eco-friendly, helpful to farmers, but it doesn’t seem to automatically have those benefits. Does this mean farmers markets and CSAs are a bad idea? Of course not. You probably just shouldn’t see them as the one and only way to eat healthily and responsibly.

If there’s one thing we hope you take away, it’s that the issue of local food is really complex. So if this is something you care about, explore it some more! One farmers market near us features a booth where shoppers can submit questions for local farmers. If that’s an option in your area, take advantage! Several branches of the U.S. Department of Agriculture research the economic side of local food, if that interests you. And the sources we cited in this article go into a lot more detail than we could.

Just a friendly reminder that we specialize in creating educational tools, not providing dietary or nutrition advice. Thus, don’t take our discussion of local food’s healthfulness as medical advice — it’s for informational purposes only. If you’re thinking about changing your diet, check with your doctor or another medical professional first. And although we worked hard to find reliable information, it may contain omissions, errors, or mistakes. If you rely on the information in this article, please be aware that you’re doing so at your own risk.