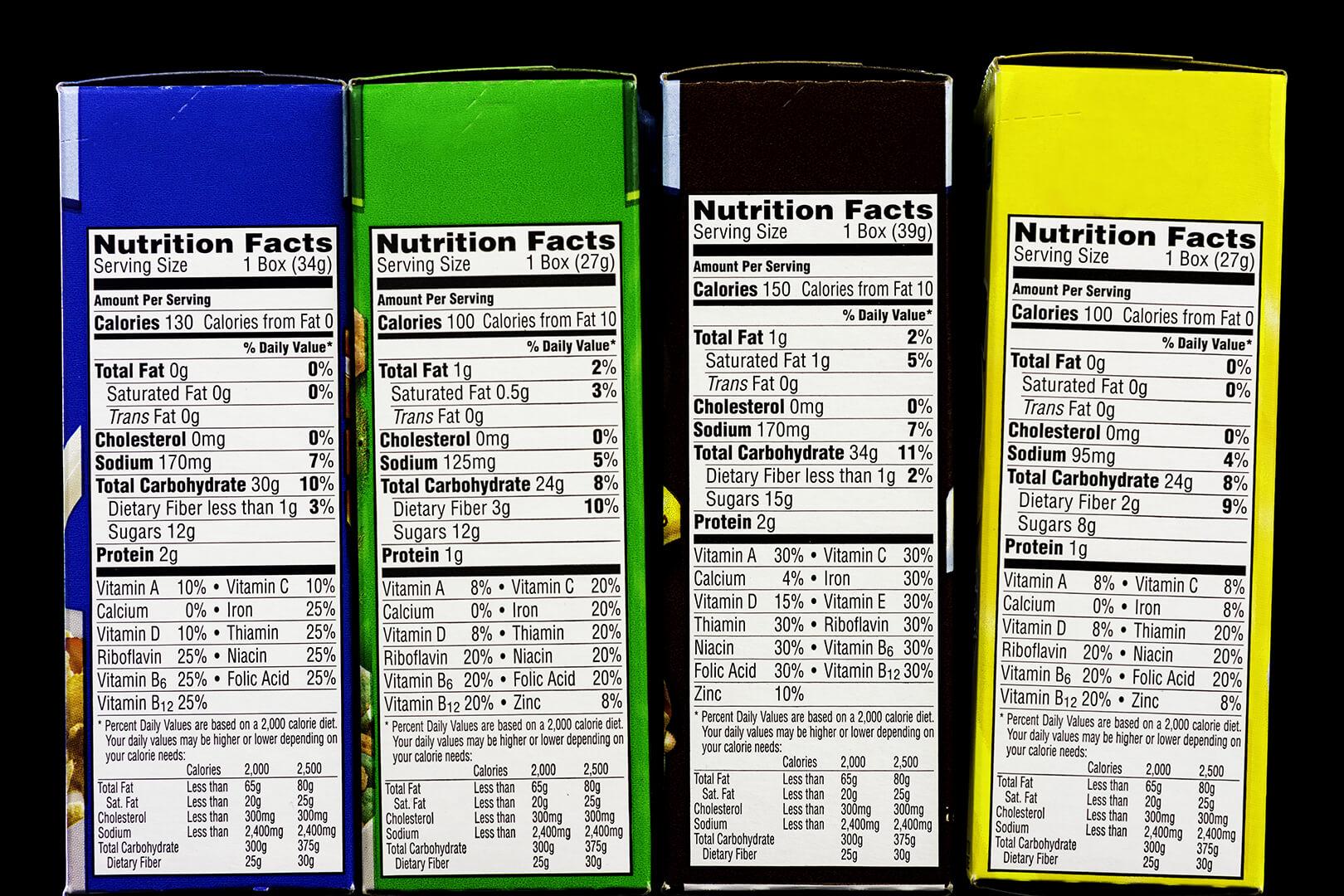 After last month’s discussion of synthetic and organic fertilizers, we’re turning again to a question about a specific kind of food: Do fortified foods actually work? Fortified foods are so common that most people eat them without even realizing it. But some people still wonder whether getting nutrients that were added to a food is really as good as getting them from foods where they occur naturally.

Fortified foods attempt to eliminate health problems caused by insufficient vitamins (aka micronutrients). Fortification programs started with staples like salt and flour. Nowadays, you can find products like calcium-fortified orange juice or Vitamin-D-fortified milk in any grocery store. All those odd vitamins like thiamine or riboflavin you often find on cereal boxes’ nutrition panels? Those are examples of fortification too.

In general, fortification succeeds at increasing people’s vitamin and mineral intake. Diseases like rickets, pellagra, and goiter (all caused by lack of micronutrients) have largely been eliminated in America (and other countries with similar fortification efforts). Furthermore, children who don’t eat as many fortified foods are much more likely to be nutrient-deficient.

There’s been debate over whether fortified foods always work, though. One meta-analysis (a scientific study of the data from many other studies) evaluated iron-fortified cereals intended to combat anaemia. It found that the fortified cereals seemed to raise people’s hemoglobin, but not to a significant or “clinically relevant” extent. They didn’t seem to lower the risk of anaemia in general, although they may have lowered the risk of anaemia caused by iron-deficiency.

To be fair, the meta-analysis also acknowledged that the studies it found had many limitations. Most didn’t study long-term effects, and they studied third-world areas where people weren’t necessarily healthy to begin with.

So what about people in first-world countries? Do fortified foods help them all that much? Well, as we mentioned, fortification has dramatically reduced certain nutrient deficiencies in the U.S., even as recently as the 1990s. Moreover, many older adults don’t get enough vitamins and minerals. For them, fortified foods or dietary supplements are often “vital.”

Unfortunately, getting too much of a micronutrient can prove harmful. Calcium supplements, for example, can reduce people‘s risk of fracturing a bone. But taking too much calcium can actually increase people‘s risk of fractures. (Dietary supplements also contain far higher concentrations than fortified foods; we mention them only as an example of what can happen with too many micronutrients.)

It can be a “challenge” to find the right balance in fortification. The goal is to add enough to help nutrient-deficient people without adding too much for healthy people. In general, though, our sources expressed more concern about people over-using dietary supplements (like the calcium example) than about people getting too much through fortified food.

The question, we found, isn‘t so much “do fortified foods work?” Practically every source agreed that yes, eating fortified foods can improve your micronutrient intake. The question that seemed to generate more interest is, “are fortified foods helpful?” The answer to that one is a little more complicated than you might expect.

Many fortified foods have high levels of unhealthy things like fat, sodium, and sugar. The foods that are highest in fortified micronutrients include things like pizza and pastries — the same highly-processed foods people generally shouldn’t eat often. As one nutritionist argued, people need to choose fortified foods as carefully as they choose any other food. Just because a food is fortified doesn’t mean you can ignore the rest of its nutrition info.

And as we mentioned, many nutritionists showed concern about people overusing supplements. Obviously, in many cases supplements make the difference in allowing people to get enough of certain nutrients. However, the recommended daily amount of many micronutrients is often already present in common foods. A single serving of (fortified) Total Raisin Bran, for example, contains all the iron you need for the day.

In general, it’s important to remember that “you can’t cover poor nutrition by adding extra vitamins.” The International Food Information Council argues that “it’s important to seek nutrients from food first.” At the same time, it acknowledges that “some nutrients [like Vitamin D] are harder to come by than others.” It recommends using fortified foods to get nutrients that rarely occur naturally, but not relying on fortified foods exclusively.

Fortified foods can certainly help prevent widespread nutrient deficiencies; in terms of accomplishing their stated goal, they work very well. At the same time, most of the scientists our sources quoted agreed that an “overall healthy eating pattern” is the most important thing for consumers to focus on. One study’s conclusion about supplements could sum up the common take on fortified foods as well. The study’s authors said: “Multivitamin and mineral supplements [and fortification] are not intended to replace food, but should…help bridge the gap between inadequacy and sufficiency.”

We specialize in creating educational tools for the ag industry, not providing dietary or nutrition advice. Thus, don’t take this article as medical guidance — it’s for informational purposes only. If you’re thinking about changing your diet, check with your doctor or another medical professional first. And although we worked hard to find reliable information, there may be omissions, errors, or simple mistakes in it. So, if you rely on the information in this article, be aware that you’re doing so at your own risk.