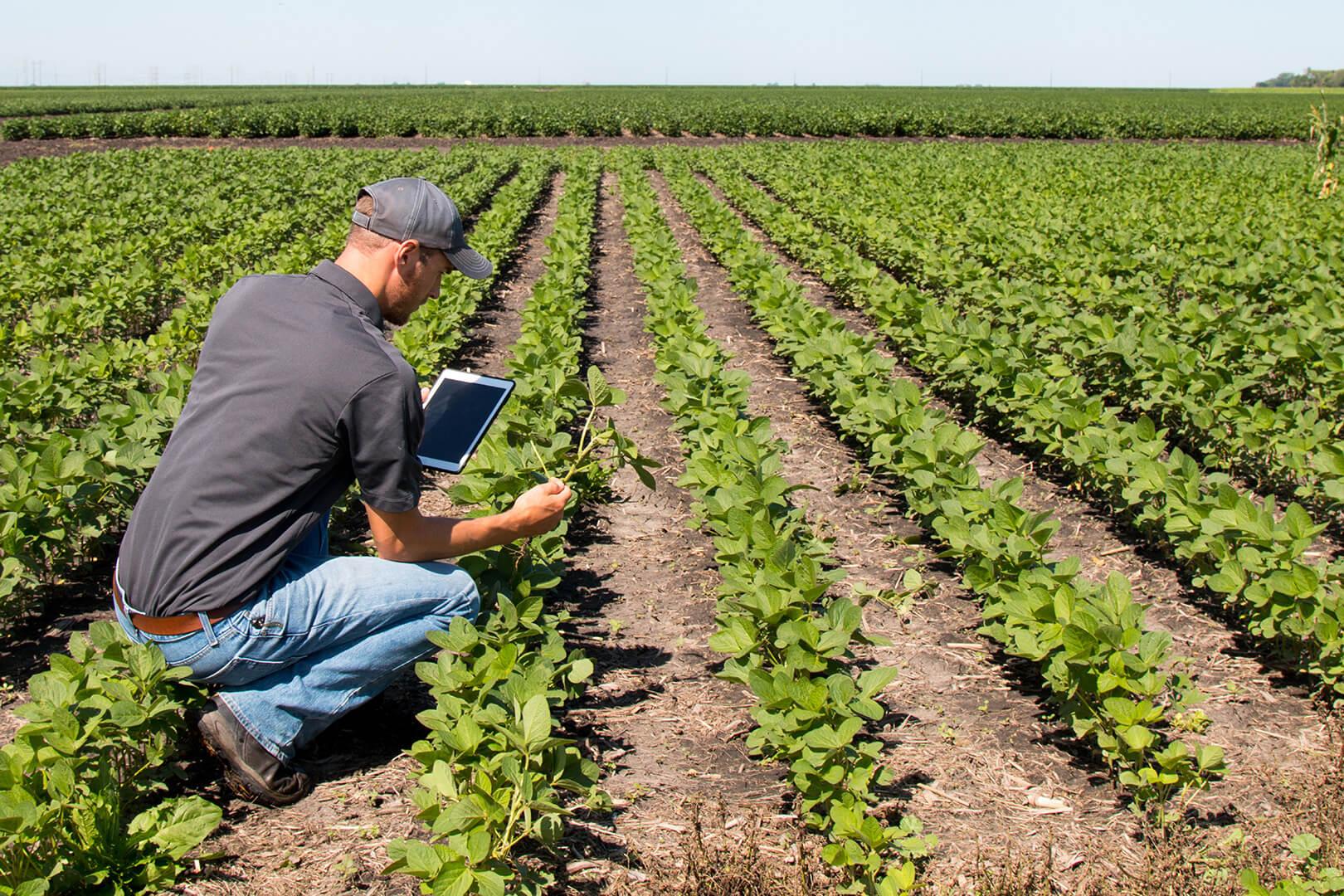 Sometimes the difficulty with learning is really a difficulty with unlearning. If you’ve ever tried to learn a new way of hitting a baseball or serving a volleyball, you know that already. Avoiding your old mistakes is half the battle.

What does this have to do with agricultural education? Well, if someone has an outdated understanding of the ag industry, that can become an obstacle to ag literacy. It’s harder for them to understand what agriculture is actually like. And outdated ideas about agriculture are pretty common, unfortunately.

Say the word “farming” and most people will think of a red barn, a John Deere tractor, and a guy wearing overalls and a straw hat. They’re much less likely to think of calibrating a variable-rate-sprayer, analyzing soil nutrients, or doing laboratory research, even though those play central roles in modern ag.

It’s not that you won’t find overalls and red barns on a farm. It’s just that many people’s mental picture of farming doesn’t have much in common with what modern farming actually involves.

Agriculture is the number-one industry in Iowa, so you might expect Iowans to be pretty familiar with it. A survey of middle schoolers from Iowa back in 1995, though, showed they still had pretty outdated ideas about agriculture. The students could connect “agriculture with farming,” but they didn’t connect it with “the technical or research-intensive aspects of agriculture”.  None of them mentioned things like “genetics,…financial management, or international commodity markets” — all major parts of modern agriculture.

This doesn’t just matter because agricultural literacy is beneficial in general. The researchers argued that these outdated ideas might even affect the future of the field. Many of the students weren’t interested in pursuing careers in agriculture, and the researchers suggested maybe that was because they thought ag work meant nothing but manual labor. In fact, modern agriculture is increasingly high-tech, and the field includes dozens of careers that aren’t about cultivating crops. The reputation is hard to shake, though.

So what can you do about it? First, when you’re building displays about agriculture, try to use graphics or stock photos that portray farmers realistically. Fewer pieces of hay to chew, more tablets and precision ag maps — that sort of thing. It seems simple, but showing people that farming takes STEM skills can be subtle as well as explicit.

Then, you might want to create some Did-You-Know?-style materials to highlight unexpected aspects of agriculture. That’s what the Missouri Department of Agriculture did when they asked us to make them a Modern Farmer display. It addresses stereotypes directly by pointing out how modern farmers are often well-educated and tech-savvy.

Or you could create a display demystifying the tech or science used in modern ag. Several of our clients have asked us for that type of display. For instance, Precision Planting requested a display to explain how their precise fertilizer applications benefit both farmers and the environment. Other clients have found our Know GMOs display helpful for explaining the basics about that subject. You get the picture: showing the science-based side of modern agriculture helps correct its low-tech reputation.

It doesn’t have to be as involved as a display, either. Many checkoffs put together packets of puzzles with fun and surprising facts, for instance. Perhaps you could do something similar, either for a particular commodity or for agriculture in general. Regardless, though, the goal should be to overturn people’s expectations in a fun, engaging way. Updating people’s outdated ideas about agriculture doesn’t have to be complicated.