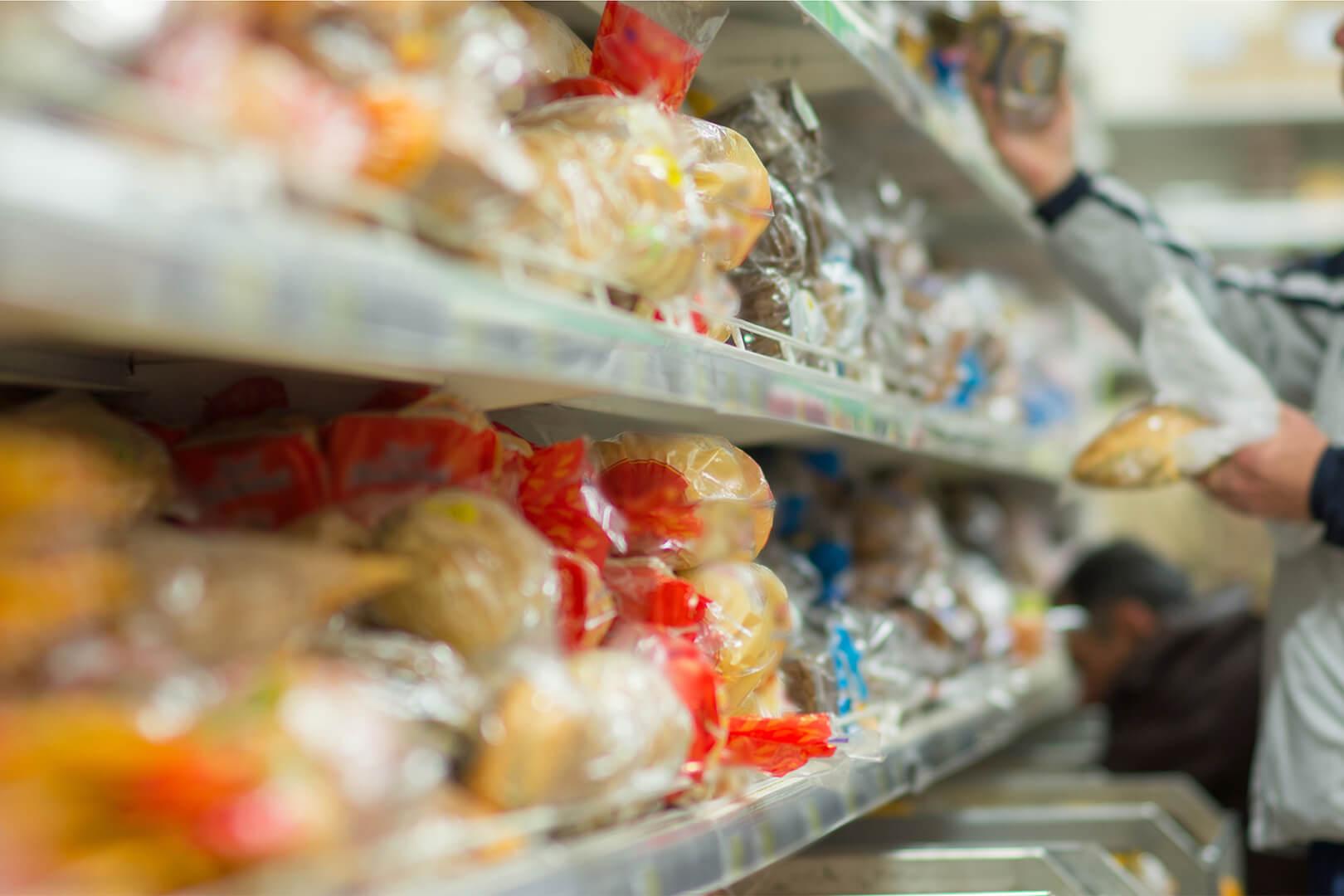 Bread. It’s a pretty staple food. And it comes in a vast and wonderful array of varieties — sourdough, rye, pumpernickel, flavored with spices, garnished with nuts. That’s not even counting the specialty breads out there, like baguettes, naan, cornbread, focaccia, or pita bread. They’re all delicious.

When we go to the grocery store, though, most of us don’t get any of those. We’re more likely to opt for a loaf of sandwich bread. And that’s where the variety can get overwhelming again, in a different way. Labels highlight words like “whole wheat,” “enriched,” and “multigrain,” but they rarely bother to explain what those terms mean. How are we supposed to know which bread is healthiest?

Well, our blog today will cover just that question. We’ll start with a look at the agricultural products that eventually become bread, then explain what some of those labels mean and which ones you should look for.

The Beginnings of Bread

Most breads start off as a grain, usually wheat. (Others, like potato bread, are helpful for people with gluten sensitivity, but we won’t be discussing them today.) When wheat comes off the plant, each grain has three parts to it. There’s the bran, which is a tough outer layer protecting the seed inside. Under the bran comes the endosperm, which would provide nutrients for the seed to grow if someone planted it. And lastly, there’s the germ, which is the seed embryo and contains the oils and nutrients to fuel the seed’s initial sprouting (if it were to sprout).

When it comes to nutrition, the bran contains fiber and B vitamins, while the germ contains Vitamin E and some fats. The endosperm is mostly starch, which is good for providing energy but also the least nutritious part.

What is Enriched Bread?

People have to grind wheat grains into flour (in a process called “milling”) before they can make bread. That’s where the differences between various types of breads start to become apparent. Bakers make white bread from flour that underwent more milling than other kinds. The process of making white flour removes both the bran and the germ, which are the healthiest parts. By taking just the starchy endosperm, white bread loses most of the wheat’s nutritional value.

You might sometimes see the label “enriched” on a loaf of bread. This usually means that it’s white bread fortified with nutrients to replace the nutrients lost in the milling. While you’ll get more nutrients than you would from just plain white bread, enriched bread still doesn’t have as many as whole grain bread.

Which brings us to our next label: “whole grain”. This label means the flour includes all the parts of the grain, with all the fiber and micronutrients from the bran and germ. (“Whole wheat” is a variation on this label and just specifies the kind of grain used.)

But pay attention to the fine print. Some breads are made from “whole wheat flour,” which is a mixture of whole wheat and white flours and thus isn’t completely whole grain. The Cleveland Clinic recommends choosing breads that mention a specific percentage of whole grains, like “100% whole wheat”. Harvard’s School of Public Health goes further and suggests looking for 100% whole grain bread that’s also high in fiber and has few ingredients.

Then there’s “multigrain”. This means the bread uses multiple kinds of grains, like flax, barley, oats, and sometimes even things like pumpkin seeds. This label doesn’t necessarily mean that the bread uses all of the grains’s components; multigrain flour can be highly milled just like white flour. Most groups agree that bread with a high percentage of whole grains is more likely to be healthy than a bread that just says “multigrain.”

What is Sprouted Grain Bread?

Lastly, there’s a bread that’s still mostly in the specialty category, but which has been getting more attention recently: “sprouted grain bread”. Bakers make this kind of bread from whole grains that they allow to sprout just a little bit before grinding them into flour.

Although sprouted grain bread does have lower fiber and protein than regular whole grain bread, it can have more nutritional value. It uses the same kind of grains as regular bread, but the sprouting process breaks down a chemical in the grain called phytate. Since phytate “decreases absorption of vitamins and minerals,” having less of that means people can absorb more of the bread’s nutrients.

So Which Bread is Healthiest?

Overall, then, the consensus seems to be that whole grain is the healthiest kind of bread. Just double-check the label to make sure it has a high percentage of whole grains and the nutrients that go with them. One helpful tool (beside the nutrition label itself) is the Whole Grain Stamp, which is issued by a third-party group and appears on foods with at least half a serving of whole grains.

We create hands-on educational displays for the ag industry, so nutrition isn’t our core area of expertise. Thus, you shouldn’t take this article as medical guidance — it’s for informational purposes only. If you want to change your diet, check with your doctor (or another medical professional) first. And although we worked hard to find reliable information, it may have omissions, errors, or simple mistakes. So, if you rely on the information in this article, please be aware that you’re doing so at your own risk.