By Exhibit Farm
Jul 30, 2018
in Facts and Numbers,State Ag Spotlight 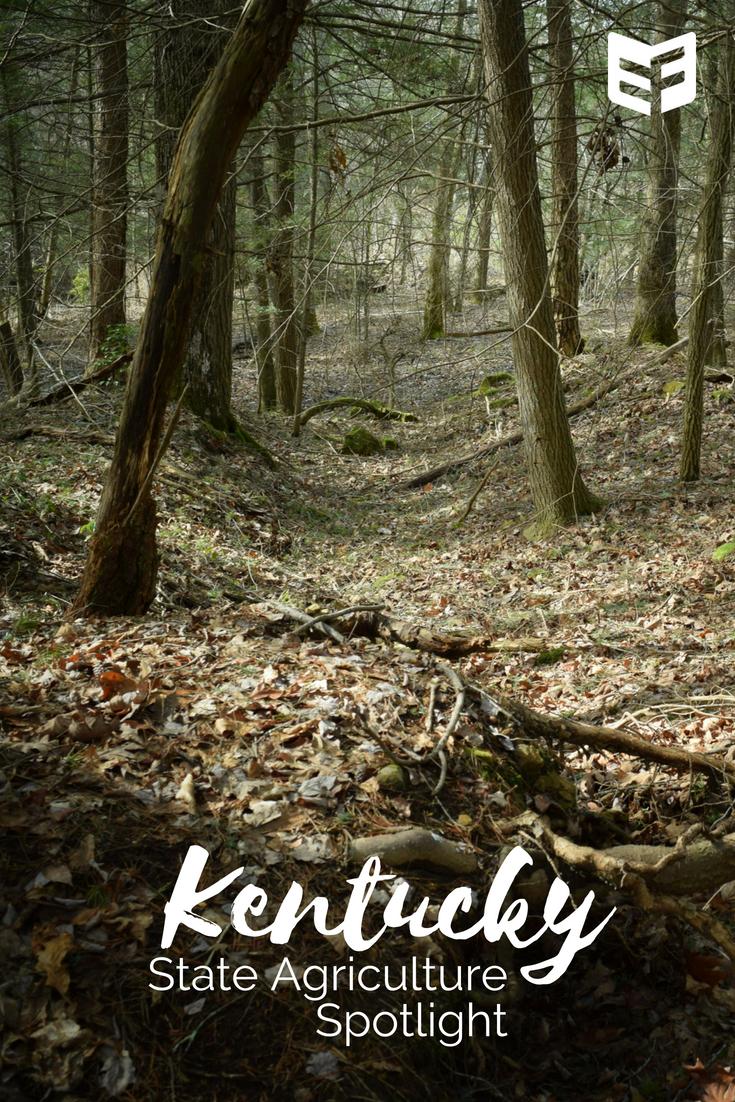 Can’t believe this is already the sixth post in our state agriculture series. But, believe it or not, we’re moving on to yet another state. And we will be making the most of this opportunity to visit yet another of the country’s agricultural powerhouses. Last month, we visited the beautiful and agriculturally diverse mitten state, Michigan. Today, we’ll hop a couple states down south to Kentucky, home to growers of some of the most classic Southern ag products. So hold on to your hats and jump onto your horses. We’re taking an excursion to the Bluegrass State.

Nicknamed the Bluegrass State in honor of the bluegrass that grows rampant on lawns and fields all over the state, Kentucky is also the land of Bluegrass music, of the famous Fried Chicken, and of the Kentucky Derby. Kentucky was the 15th state to join the Union and, at the time it joined in 1792, folks considered it to be the first state on the western frontier, as 50states.com explains. Today, though, it’s considered to be among the Southern states, although it’s significantly less Southern in vibe than many of the states below it.

Kentucky even honors its participation in the national agricultural industry by designating a state fruit, a state drink, and even a state agricultural insect. These are the blackberry, milk, and the honeybee, respectively.

Despite its nod to blackberries, milk, and honeybees (sounds sticky), Kentucky is not particularly distinguished in its production of any of these. The state still has a finger in all three Promised-Land-style crops, but they’re not the products that make the state stand out. From among the Kentucky crops that actually grow in a field, burley tobacco is near the top in statewide productivity, along with the staple crops such as corn, wheat, and soybeans. In the vegetable and fruit world, Kentucky’s leading crops are tomatoes and apples. Monsanto’s website also points out Kentucky’s prominence in the pumpkin business. Although not a top producer, Kentucky is still distinguished for it’s “Jack-O-Landern Spectacular festival.” According to the website, this festival “features 5,000 carved pumpkins that line a quarter-mile walking trail in a local park.”

But the true breadwinning product for Kentucky is poultry and eggs. Kentucky rakes in over $1 billion worth of revenue thanks to that product alone. It also excels in other animal agriculture areas, especially in that of horses. This is why Kentucky can say that half of its farm income is thanks to these furry and feathery friends.

It does pretty great on its own. From a national scale, though, Kentucky is still pretty impressive. Although its state breadwinner, poultry and eggs, only ranks number 15 in the nation, the National Agriculture Statistics Service ranks Kentucky first or second in at least three other different categories. In tobacco production, the state ranks number two nationwide. And, for burley and fire-cured tobacco specifically, it ranks number one.

Meanwhile, Kentucky tops the country in the “horses, ponies, mules, burros, and donkeys” category. And that’s probably because of all the horses the state houses. That’s also probably why it is known as the Horse Capital of the World. It obviously houses more than just horses, though, because it’s also second in the United States for “other animals and other animal products.” Farmflavor.com adds that the state “takes the title as the largest producer of beef cattle east of the Mississippi River.” Plus, this Bluegrass State still ranks number eight for chicken meat.

With its 75,800 farming operations and over 12 million acres of farmland, Kentucky actually hits yet another national ranking. She’s among the top six states when it comes to total number of farms. Texas has the most, followed by Missouri, Iowa, Oklahoma, and California. That right there, in that 6th place slot, is where our fair KY comes in.

This farmland covers over half of the Kentucky’s total land. It’s divided into an average of 169 acres per farm whose primary operators have an average age of 57.6. According to NASDA.org, the state’s agricultural industry has a total impact of over $45 billion and generates more than 250 thousand jobs in the state. Who knows where Kentucky, or the rest of the nation, would be without it.

Now to you. What Kentucky agriculture facts do you have floating around in your brain? If there’s something you know that we don’t know, tell us about it! We love learning about the agricultural successes of our dear United States of America.