It turns out that the American holiday for turkey lovers relates directly to the history of fertilizer on this continent. The explanation for this brings us back to Plymouth Colony in the 1620s and to a fertilizer history display at the AgroLiquid IQhub. 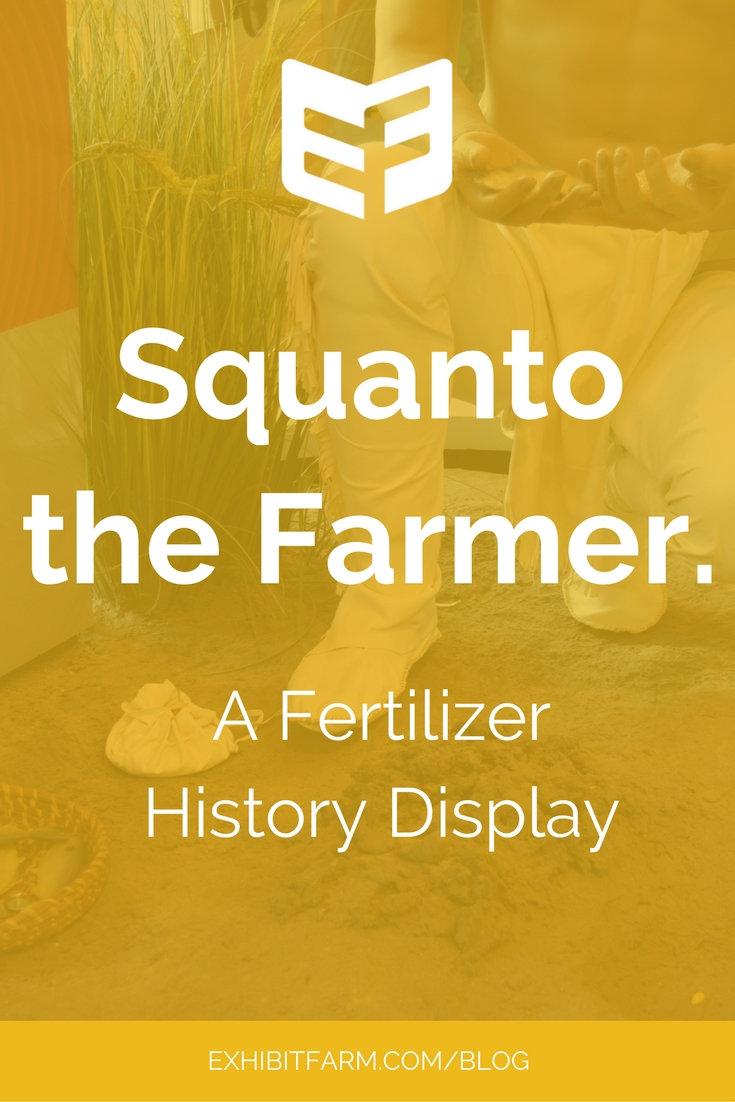 After a 66-day journey on the Mayflower, about 100 men and women arrived on the shores of New England. By December of 1620, they had made their way to Plymouth Harbor. There, they claimed a piece of land as the location of their settlement. The colonists did what they could in the little time they had to prepare for the harsh New England winter in front of them. Unfortunately, their preparations were not enough to prevent sickness from spreading in the camp. During that harsh winter, death from exposure or a poor diet cut the number of colonists practically in half.

When spring arrived, the time came for the colonists to plant their first crops on North American soil. Thanks to the help of Squanto—a Native American whose extinct tribe once farmed on the land now occupied by the colonists—they grew a new sort of corn that they called “Indian corn.” Squanto showed them how to plant dead fish with the seeds. This turned out to be quite an effective fertilization method. As the fish decomposed, the chemicals from their bodies would give the seeds needed nutrients. And this would help the colonists grow healthy corn until harvest.

As a way of giving thanks to God for their bountiful harvest, the Pilgrims invited over their Native American neighbors for a three-day puritan-style party. The United States of America would later recognize this event as the first Thanksgiving celebration. 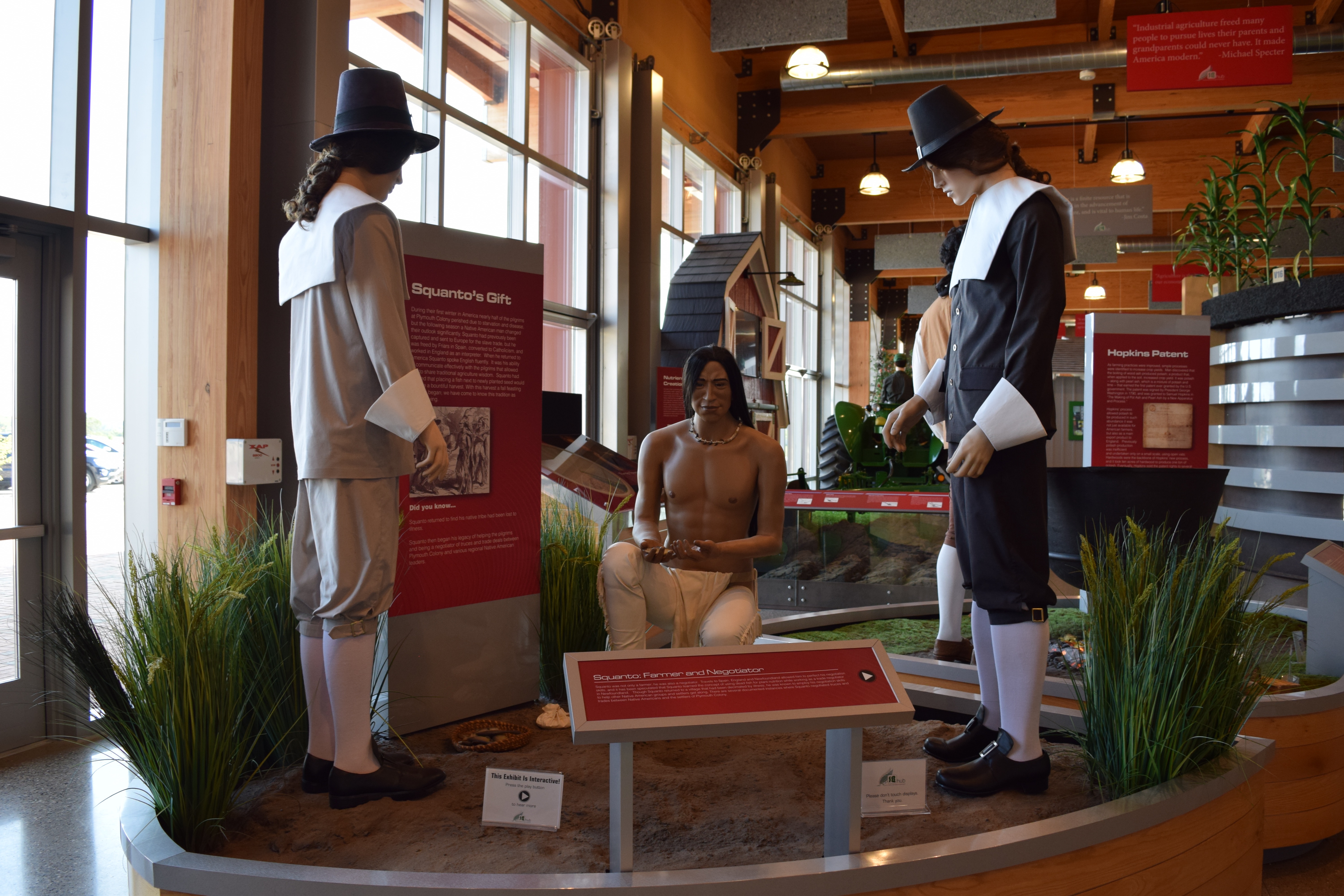 Using lifelike human figures, fabricated plants, and other materials, this fertilizer history display for AgroLiquid’s IQhub recreates the scene in which Squanto taught the pilgrims this method of fertilization. Informational text explains the story of Squanto and the Pilgrims while supplemental audio provides additional facts. This focused audio can only be heard by people standing near the exhibit.

The exhibit draws visitors back in time to the historical place of Plymouth Colony. And, by doing so, it helps visitors realize the extensive history behind fertilizer. This is a history that, in North America, goes as far back as the first settlements in New England and even before.

(Sources: “Who Were the Pilgrims?” and “Plymouth Colony”)