Even fertilizer has a history. And that history just so happens to have a lot to do with the first patent ever granted in the United States. We found a way to tell this story through the potash production display at AgroLiquid’s IQhub.

Hopkins and the First Patent

The U.S. government gave its first U.S. patent to Samuel Hopkins of Philadelphia in the late 1700s. The patent was for a new and improved approach to producing potash and pearlash. At the time, both substances were made from the ashes of burnt trees.

According to this article on Philly.com, potash was “America’s first industrial chemical.” And, thanks in part to Hopkins’ innovation, the United States was the leader in potash production until the 1860s.

Potash contains potassium, which makes it an essential nutrient required in crop production. That’s why potash is a major component of the fertilizers we use on U.S. crops today.

We created a potash production display for the AgroLiquid IQhub. The display incorporates lifelike and 3D materials to replicate a scene of Hopkins’ life. By viewing this exhibit element, visitors can observe the process that Hopkins would have used to make potash for fertilizer. 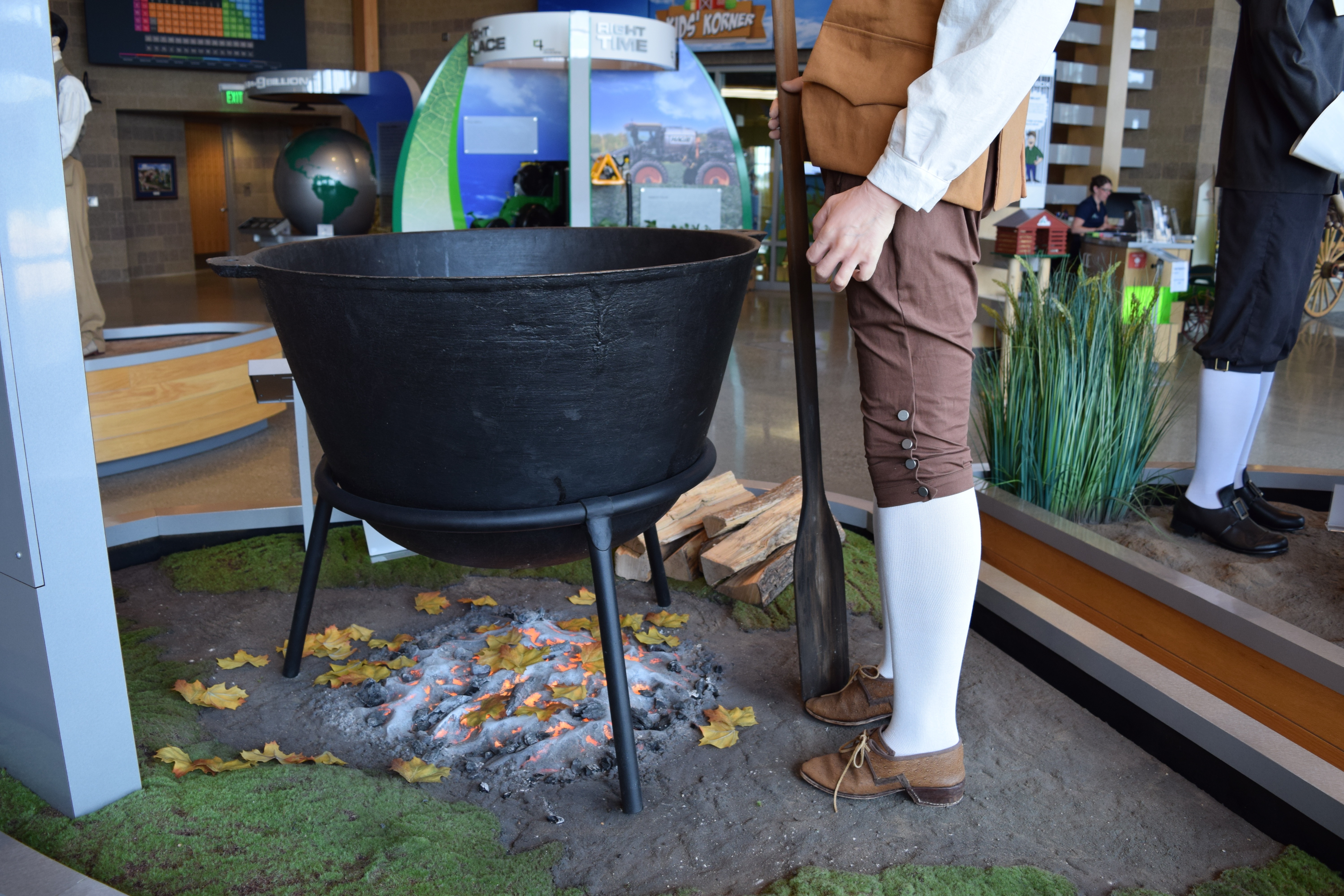 We really wanted to make this scene look real. So, we channeled our creative energy to find materials that would look like real glowing embers and ashes. In the design, we incorporated scenic elements to make it look like woodsy Pennsylvania. Additionally, we had to dress the mannequin in late 18th century clothing. He even has the tools that he would have used in the process of producing potash back then.

The display includes informational text and an image of Hopkins’ actual patent. There’s also some focused audio that gives some additional facts related to Hopkins and his patent.

You can still see Hopkins’ original patent document at the Chicago Historical Society. Both Thomas Jefferson and George Washington signed it way back in the early years of the United States.