By Exhibit Farm
Oct 09, 2018
in Facts and Numbers,Food Holidays 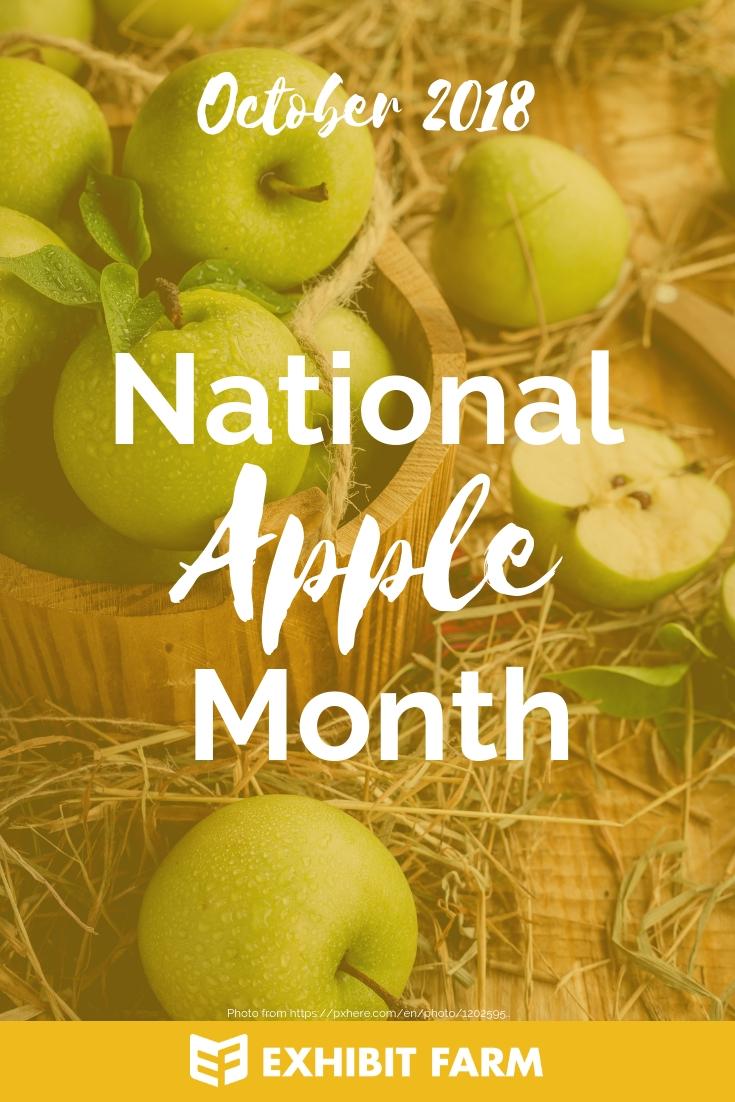 Today, our series on monthly food holidays presses onward and upward with a profile of the fallest of fall months: October. For some of these food holidays we’ve looked at since last January, I’ve often wondered why specific foods ended up stuck in their designated months. For instance, what business does the strawberry, a spring and summer fruit, have in the month of February?

Perhaps there’s some unknown agricultural fact that would explain this to me. But there’s no explaining necessary when it comes to these October food holidays we’ve selected. All of them have a home in this month of colors and frosts and crisp breezes. Some are more obvious than others, perhaps, but there’s no denying that they fit in the fall diet. So why not turn on the pot to boil some noodles while you sort your apples and pumpkins and munch on some chocolate? Let’s have some fall fun.

Can I get a hand for America’s favorite fruit? That’s right, the apple is the most consumed fruit in the United States. It is not surpassed by even staples like oranges or bananas. It’s also one of the “most valuable fruit crops in the United States,” as this webpage says. In fact, the United States is among the top three apple producing countries in the world. The states of Washington, New York, and Michigan may be the biggest producers nationally, but apples are a thing for the whole country to celebrate. And there’s no better time than October, National Apple Month, to celebrate this most beloved of fruits.

Americans show their love for apples mainly by eating them. According to the Agricultural Marketing Resource Center, the average American ate around 28 pounds of apples in 2015 alone. That was an increase from recent years. And some have attributed this spike in part to the increase of apple varieties. Because, let’s be honest. You’re never just eating an apple. You’re either eating a Fuji, a Granny Smith, or a Honey Crisp (if you’re lucky). Or some other variety with a fun name.

All these varieties are the masterpieces of apple breeders who, through selective breeding or other forms of genetic engineering, produce apple trees that will grow fruits with specific desirable traits. There’s even a new variety of apple called the Arctic apple with flesh that doesn’t turn brown when exposed to air. How cool is that? To learn about the intense and extensive process behind apple breeding, check out this short video. 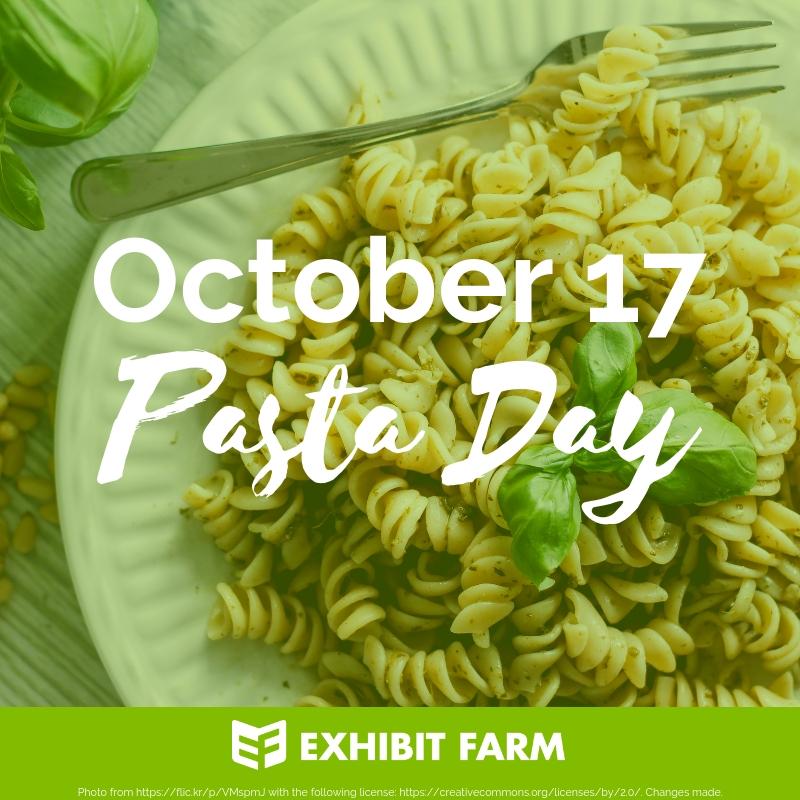 Despite what the BBC said that once… no, there’s no such thing as a spaghetti tree. And no, macaroni doesn’t spring out of the ground. However, as with virtually all foods, it is at least made out of something that grows. This something is wheat. Not just any wheat, though. There’s actually a special kind of wheat that producers grow and harvest specifically for use in manufacturing pasta. That wheat is called “durum wheat.” Here’s what madehow.com has to say about this wheat and its role in pasta: “Pasta is made from a mixture of water and semolina flour. Semolina is a coarse-ground flour from the heart, or endosperm, of durum wheat, an amber-colored high protein hard wheat.” In the United States, about 80% of our durum wheat grows in North Dakota, but some farmers in other states including Montana, California, Arizona, and Idaho grow it as well.

Although we tend to categorize pasta with Italian cuisine, there’s some sort of pasta-type dish on the menus of numerous cultural groups. There’s a version in Germany, Hungary, China, France, and Greece, to name a few. And let’s not forget about the prevalence of pasta here in the United States. Surprisingly, the National Pasta Association says on their website that pasta likely originated in China or Greece, not Italy. However, Italian culture still has the strongest claim on the dish. So much so, in fact, that the word “pasta” comes from an Italian phrase that madehow.com says is “paste alimentari.” Do you hear the “pawst-ahh” in there?

Italian’s claim on pasta even extends to the production of pasta itself. Italy tops the world in production of this globally loved food group, followed by the United States. That latter country appears to have enjoyed pasta from very early on in its history, and it’s said that Thomas Jefferson brought America its very first macaroni maker after a trip to Europe. According to the National Pasta Association, Brooklyn, New York, was the location of the first commercial U.S. pasta plant. Today, though, it’s a staple food all over the country. So yes, you can celebrate this holiday even if you’re not in Brooklyn. 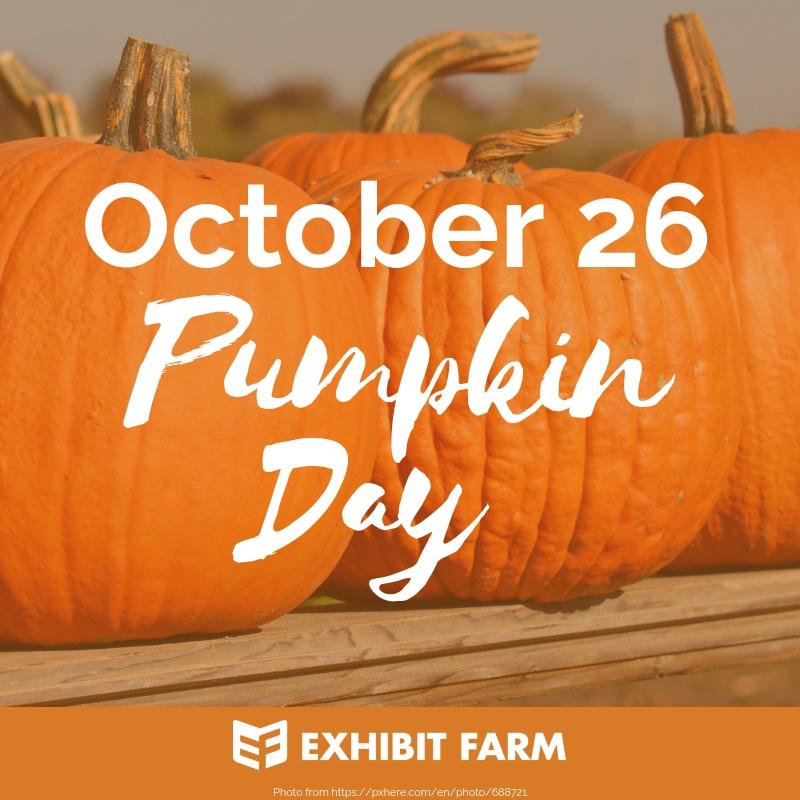 Next we turn to the most Octoberish of October fruits: the pumpkin. Now if you’re laughing at me and thinking to yourself, “You silly Exhibit Farm blogger! Pumpkins aren’t a fruit. They’re a vegetable,” you’re actually quite wrong. They may be considered veggies in the culinary sense, but they’re biologically fruits because they contain the seed of the plant. In this way, they’re just like apples, blueberries, grapes, and the like. Their true fruit relatives, however, are melons and other gourds. Cousins and siblings of the pumpkin include the watermelon, the cucumber, and the zucchini.

Some of these related fruits can get pretty big (take the watermelon, for example). But none surpass the pumpkin in potential for size. While the largest watermelon on record maxed out at 350.5 pounds, the record pumpkin, grown in 2016, reached a whopping 2,624.6 pounds. No wonder why Cinderella’s coach was made out of a pumpkin and not some other gourd. In fact, the average weight range listed for pumpkins on the Agricultural Marketing Resource Center is anywhere from 1 pound to 1,000 pounds, depending on the type of pumpkin. Granted, most pumpkins grown for that beloved fall pie are generally in the 5 to 10 pound range.

Since people often purchase pumpkins for purely ornamental uses, much of U.S. pumpkin use doesn’t involve consumption at all. Whether eaten or carved, however, pumpkins take up an average of 4.6 pounds in the life of an average American. More than half of all U.S. pumpkins grow in the top six pumpkin states. These states are Illinois, Michigan, New York, Ohio, Pennsylvania, and California. Only Texas and New Hampshire, however, list pumpkins as their state fruit or squash. 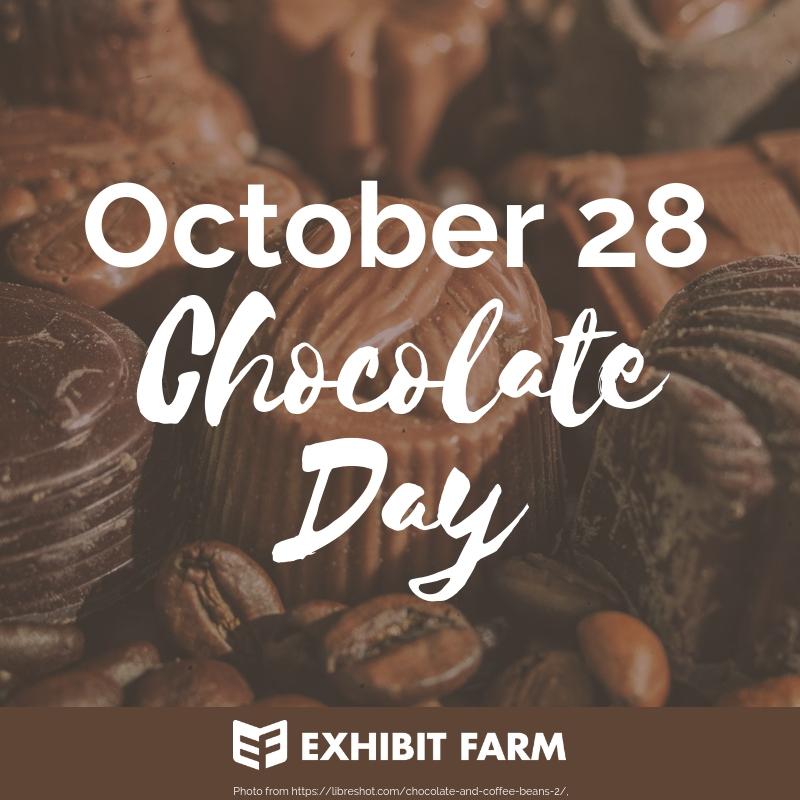 Unlike pasta, chocolate actually does grow on trees, in a sense. In fact, this delectable sweet is actually made out of the seeds of the fruit of the cacao tree. The name “cacao” is short for the official Latin name for the tree, which is “Theobroma Cacao.” Given to the tree by Carolus Linnaeus, the name literally means “food of the gods.” I guess you could say that Linnaeus was just as much of a chocolate fan as most sane people in this world are. The fruit of the cacao tree, according to livescience.com, is similar in size to the papaya, and each fruit holds as many as 50 seeds. These are the cacao beans that become the chocolate we love to munch on.

All of the cacao in the world comes from warmer regions of the globe. Although the slightly more tropical states of Florida and Hawaii can grow the plant, Florida doesn’t grow it commercially and Hawaii’s industry is pretty tiny. Cacao’s real native home is in South America, and some of the world’s chocolate still comes from plants grown there. But the main cacao producers today are countries in Africa.

Just to clarify, though. We might be giving a lot of attention to cacao. But the reality is that cacao by itself isn’t the same thing as the candy you enjoy for dessert. Through a process explained at this livescience.com page, chocolate producers roast then grind the cacao seeds (also called beans) to make a thick, paste-like substance. This is the stuff we call “chocolate liquor.” Combined with various other ingredients, it becomes some of the chocolate snacks many of us enjoy. Dark chocolate, for example, comes from a combination of this chocolate liquor with cocoa butter (fat from the cacao beans), lecithin, sugar, and vanilla. Milk chocolate is the same thing with some added milk fats and solids. White chocolate has all the stuff milk chocolate does, just not the chocolate liquor. Which is probably why it’s white.

Are you salivating yet? If so, share the love by sharing what you’ve learned. Maybe this means creating an agricultural display for your own group that teaches facts like these. Just by reading this post, you’ve separated yourself from the majority of eaters in this country. The majority, after all, doesn’t know where their food comes from.

So help change that by raising awareness, whether it’s through an interactive trivia game about produce like apples and pumpkins or by customizing one of our other catalog products to share about the ingredients behind pasta and chocolate. By doing this, you’ll help transform a nation of mindless eaters into a nation of informed consumers.

For the rest of October’s food holidays, check out this comprehensive list at Foodimentary.com.