By Exhibit Farm
Jun 06, 2018
in Facts and Numbers,Food Holidays

Now that June has arrived, we can safely say that summer has begun in earnest. No more threats of snowstorms. No more freezes (hopefully). That means that the foods we’re featuring this month should pack some tasty summertime flavors. Goodbye steaming soups and hot pies. Hello burgers and ice cream! Hello to glasses of cold milk, the zesty smells of summer cookouts, sunshiny peaches and chilled cream, and the tangy smell of oranges.This is exactly the stuff that we’ll be featuring in today’s post, a continuation of our series on monthly food holidays.

In honor of national dairy month, I’d like to introduce you to Mrs. Holstein, your friendly neighborhood dairy cow. Now Mrs. Holstein here produces some delicious white stuff that kids and adults all around the world enjoy every day. That’s called milk, and it’s made up of three primary components: water, milk fat, and skim solids. Milk fat makes up 3.8% of cow milk, while the skim solids account for another 8.9%. The rest is water. Ice cream uses up 8% of total milk fat and 2% of total skim solids from U.S. cows. Meanwhile, around 12% of total milk fat and 25% of total skim solids goes toward the kind of dairy that folks drink with their dinner every day.

Sadly, the popularity of fluid milk is slowly declining as other drinks become more popular and as the percentage of children in the population goes down. Cheese and butter give dairy farmers a reason to hope, though. While cheese faces increasing demand in today’s international cheese-loving culture, butter use per person is also going up. You see, no matter how much you hate on butter, it’s still a staple in a delicious meal. So don’t be ashamed: treat yourself to some dairy delights this June. 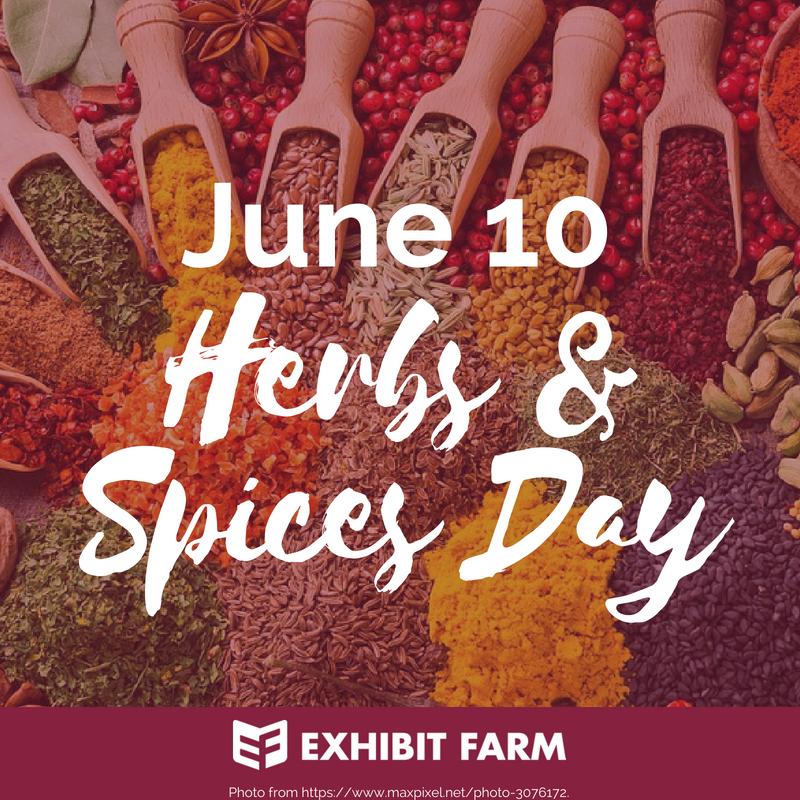 Here’s a part of agriculture that you probably don’t think about much. But yes, someone has to grow those herbs and spices that you store in the cupboards of your kitchen. They don’t just appear in fancy little bottles and shakers. According to this article at the Old Farmer’s Almanac, herbs are the “green, leafy part of [a] plant,” while spices come from any of the other parts of the plant, including the plant’s stem, root, seed, flower, fruit, or bark. Some plants, like cilantro, are used as both herbs and spices.

Some people grow their own herbs in pots or backyard gardens, but these plants are also farmed commercially. In fact, the United States produces over 70% of the world’s mint, according to aghires.com, with Oregon, Washington, Idaho, and Indiana among the top mint-growing states. The herb parsley grows mostly in California, New Jersey, Texas, and Florida, while basil shows up most often on farms in Arizona, California, Florida, and New Mexico. In the spice camp, meanwhile, Idaho, Montana, North Dakota, and Oregon grow most of the United States’ mustard. Overall, though, the United States imports most of its herbs and spices.

I’d like to think that we have sufficient knowledge of cream now, thanks to our earlier dairy discussion. So we’re turning our attention to those angelic fruits called peaches.

According to the Agricultural Marketing Resource Center, peaches come in two different types. They can be either clingstone or freestone. Bet you can’t guess what that means. Well, maybe it’s not that hard. But yes, it means that one kind has flesh that clings to or sticks on to the pit or “stone” of the peach. The other kind comes off of the pit easily. Peach flesh can be either white, yellow, or red. In the United States, the yellow-fleshed peaches are the most common kind.

As a whole, the United States is among the top three countries for peach production with California, South Carolina, Georgia, and New Jersey leading the charge. Even though Georgia is known as “the Peach State,” it’s actually California that produces almost half of the nation’s fresh peach crop and over 90% of the country’s processed peaches.

Putting these delightful fruits with heavy cream was a match made in heaven. Or, well, probably in the South, actually. Golly gee. Just writing about this makes me hungry. I’m even trying not to look at this lovely picture of the cake, but I think that the image is permanently stuck in my brain. 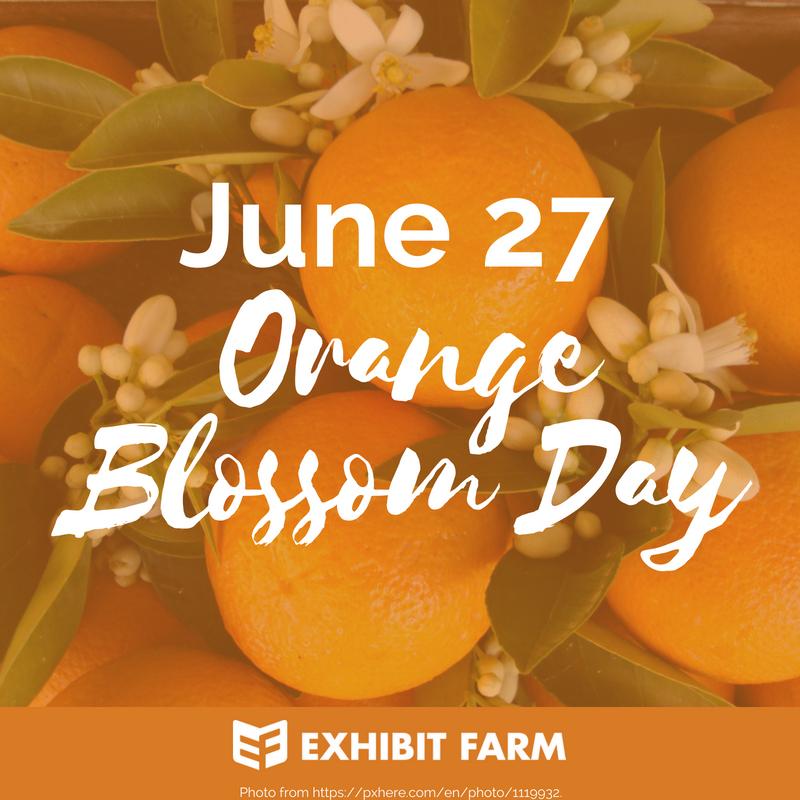 Most U.S. oranges come from Florida, which means that most orange blossoms grow there too. Since oranges (the fruit) normally get all of the attention, today is set aside as a special day for the blossoms of America’s favorite citrus tree.

Orange blossoms aren’t just awesome because they grow into the fruit that shows up in orange juice at breakfast, in our lunchtime fruit salads, and on our afternoon snack breaks. They actually play their own small part in the agricultural industry. Orange blossoms are kind of bitter to the taste, so they don’t get eaten much as-is. But they are very handy when distilled into “essential oil and aromatized water.” They’re used in perfumes and, according to the National Day Calendar, in “culinary dishes, desserts, and teas.” Not to mention that they have lots of major health benefits.

On top of that, orange blossoms smell great and they look beautiful both on the tree and off. For centuries, orange blossoms have served as a symbol of purity and innocence and are associated with brides. This includes one very famous bride, Queen Victoria, who wore orange blossoms during her wedding. Basically, as that beloved queen discovered, you don’t have to eat orange blossoms to enjoy them.

For the rest of June’s food holidays, check out this comprehensive list at Foodimentary.com. Have a delicious June!