By Exhibit Farm
Feb 05, 2018
in Facts and Numbers,Food Holidays

Happy February, friends! Welcome back to our series on national food holidays. Today, we’ll be talking about a few of the special foodie days coming up in the month ahead. Hopefully this brief introduction to February’s food holidays will give you another reason to thank some farmers. They’ve worked hard to produce our favorite foods. And we want to spend some time celebrating the results of their hard work. Let’s get started.

Just like last month, we’re not going to be able to include all of this month’s food holidays in this post. Each month has at least one food holiday for almost every day. To cover them all, this post would need to have well over 28 sections, plus whatever number of month-long food observances February has. Don’t worry, though. I’m not going to make you read something that long. We’ll just talk about the four foodie holidays that the web team here at Exhibit Farm is most excited about.

To start us off, let’s take a look  at one of the month-long observances dedicated to this second month of the year. 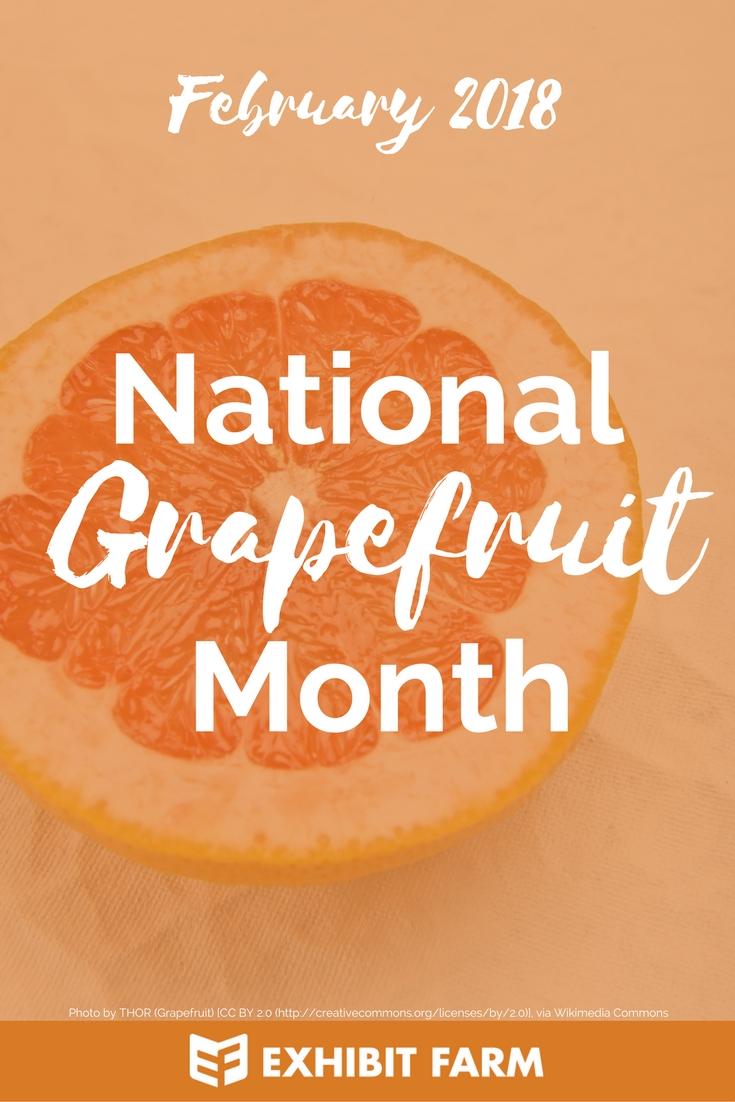 For some states, grapefruit may seem like too summery of a treat to include in February food celebrations. And yet, nonetheless, this is the month when grapefruit shines nationwide.

This special tangy fruit, often enjoyed by folks across the nation during breakfast meals, grows best in warm subtropical climates. Globally, the countries of South Africa, Turkey, and China outstrip the U.S. in grapefruit production. Farmers worldwide produce around 6 million metric tons a year. The United States still does its share in the grapefruit industry, though. The country produces around 500 thousand metric tons a year. According to state rankings, Florida grows the most grapefruit, taking care of approximately 60% of national production in a good year. The other two notable grapefruit-growing states are California and Texas. This year, however, with the bad hurricane season in the southeastern region of the United States, both Florida and Texas had a bad year for grapefruit production.

Americans don’t just like growing grapefruit. They like to eat it too. In fact, this fruit is the third most consumed citrus fruit in the United States, following the two most popular citrus varieties, oranges and lemons. Despite this popularity, the Agricultural Marketing Resource Center reports that “per person consumption of grapefruit has been declining” for the past few decades. A peak in grapefruit consumption in the late 70s, at 24 pounds a year per person, preceded a steep decline. Per capita consumption got as low as about 5 pounds per person by 2014.

Interestingly, the AgMRC suggests that this decline resulted from studies that say grapefruit consumption intensifies “the effects of certain medication.” Since most grapefruit consumers are older Americans who are more likely to be on medications, “this concern may have affected overall consumption,” says the AgMRC. We just need some younger grapefruit fans to take up the mantle. And the grapefruit spoon. 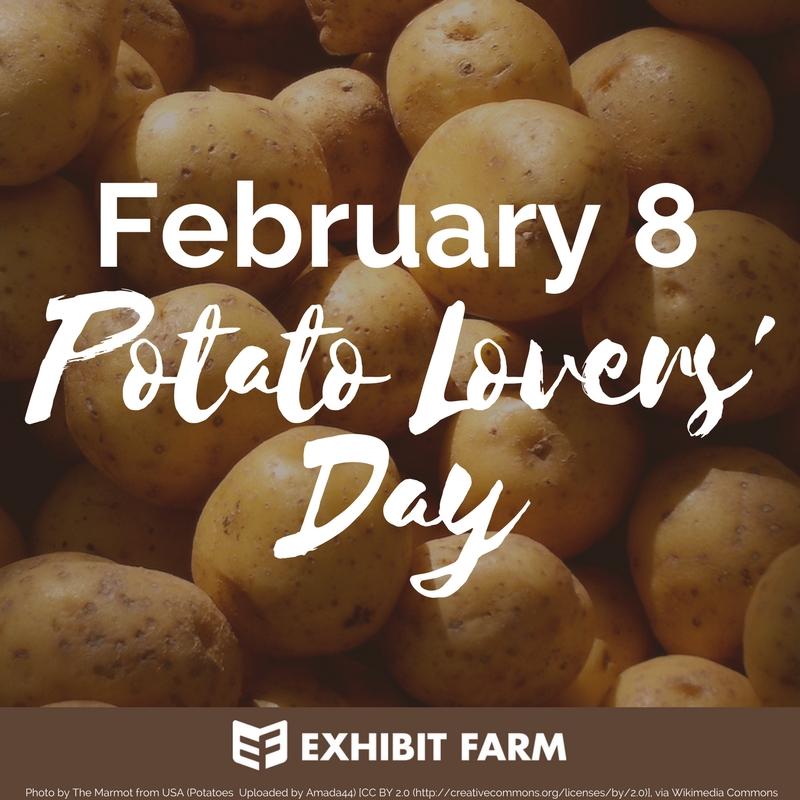 Annually, this nation sets aside February 8 as a day for potato lovers across the United States. To help you prepare for National Potato Lovers’ Day later this week, here are some fun facts about potatoes and potato production.

Potatogoodness.com, in a brief history of the crop, lists potatoes as “the world’s fourth largest food crop.” The funky spuds come only after rice, wheat, and maize. From a global perspective, the United States ranks among the top five countries for potato production with the top country being China. They’re not native to the United States or China, though. Potatoes actually originated in Peru, where the Spanish found them in the 1530s. The Spanish then brought them back to Europe, where they became a staple crop. Within a century, potatoes arrived in the New World and, after that, slowly found their way out west. Today, potatoes are one of the few crops that grow in all fifty states, and Idaho and Washington produce the majority of the U.S. crop.

Potatoes aren’t just good to grow. They’re also good to eat. According to Farm Flavor, you can get approximately 45% of your recommended daily allowance of vitamin C by eating just one medium potato. Potatoes pack a bunch of other nutritional benefits inside of their little unassuming skins. Actually, though, a significant 20% of all nutrients in potatoes comes in the skins themselves.

People don’t just eat potatoes the old-fashioned way, though. We use less than a third of the U.S. potato crop as fresh potatoes. Meanwhile, over 40% end up in the form of french fries and chips. Oh yeah. About French Fries. This delicious side dish first appeared in the United States way back in the early 1800s, when Thomas Jefferson served them at a White House dinner. 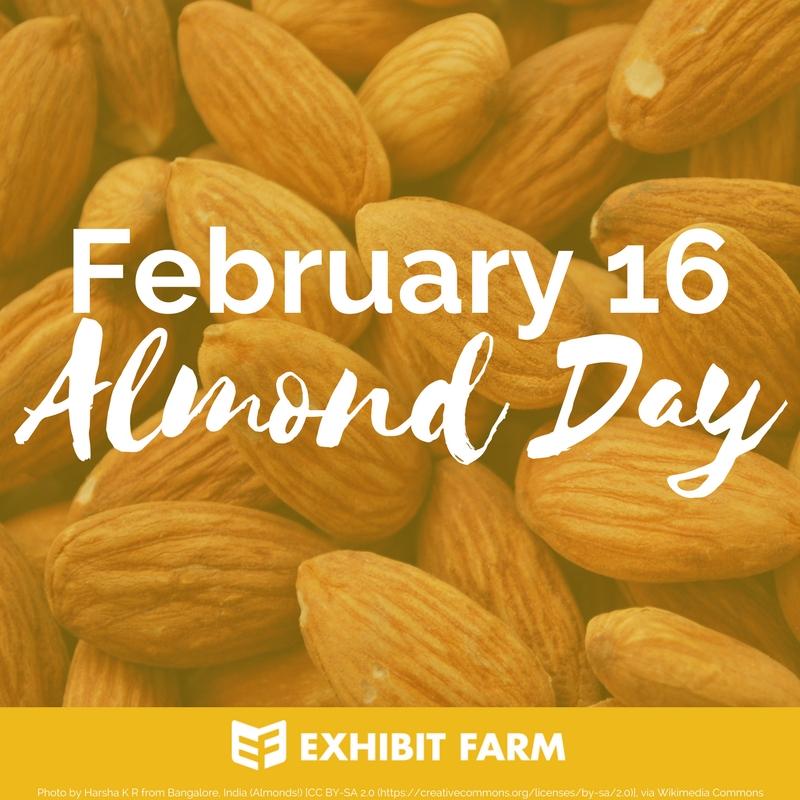 For all of you nut and trail mix connoisseurs, February 16 is your day. It would be the perfect occasion for you to splurge on some of those delightful cinnamon roasted almonds, because this day is National Almond Day.

The United States really shines when it comes to almond production. The country far outstrips other nations in overall production of the delicious tree nut. In fact, the U.S. produces 80% of all almonds worldwide. The real winner when it comes to almonds, though, is the state of California. According to AgMRC, the Golden State is “the only state that produces almonds commercially.” This means that 100% of that 80% of U.S. almonds come from there. So, no matter where you are in the world, if you’re eating an almond, it’s more than likely from California. That’s a lot of almonds for one state. Unsurprisingly, almonds are California’s second biggest ag product, coming right after California dairy products.

AgMRC says that, U.S. almond consumption has generally been increasing. In recent years, yearly consumption of almonds in the United States was around two pounds per person. Live Science even calls almonds the “most popular nuts in the United States.” This is a pretty good thing. Not just for the almond industry but for consumers as well. These tree nuts happen to have many health benefits. Not only do they promote heart health, but they also help prevent weight gain. They’re even known for giving energy to eaters. Check out this article for more of the health benefits of almonds. 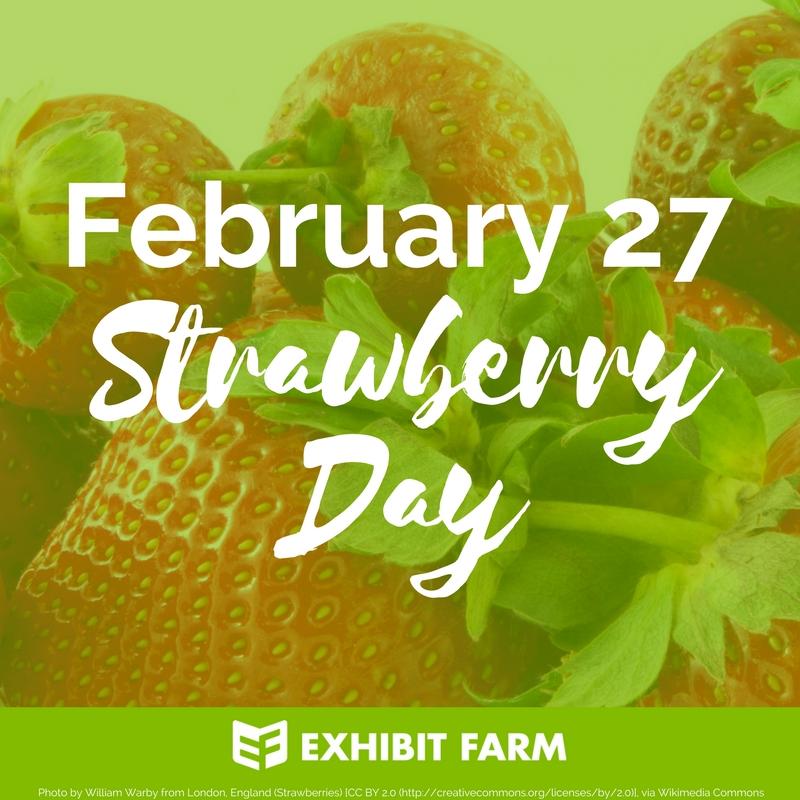 Strawberries, a personal favorite of the Exhibit Farm web staff, are a glorious snack that surely deserve celebration. Here are some fun facts to help you celebrate the fabulous treat.

Google “strawberry production facts,” and you’ll find that a lot of university extension services sites pop up. These universities won’t be from just from one state or region in the U.S. They’ll be from all over. That’s because strawberries are popular throughout the nation. In fact, the United States is the top strawberry producing country in the world. Not only do they grow in all fifty states, but they’re also loved by consumers from sea to shining sea. According to Illinois University Extension, 94% of U.S. households consume strawberries. In these households, the average consumption of both fresh and frozen strawberries is somewhere around five pounds per person per year. Not only that, but apparently over half of U.S. kids between the ages of 7 and 9 claim strawberries as their favorite fruit.

Ironically, however, strawberries aren’t actually berries. Nor are they fruit. According to countryliving.com, the so-called straw “berries” develop seeds on their outsides while actual berries hold their seeds inside. And, as the University of Florida says, they technically don’t even classify as fruit. Rather, these mysterious edibles are “enlarged ends of the plants stamen.” Woah.

But, hey. To make it even more weird, let’s talk about how the strawberry plant actually belongs to the rose family. Apparently, that’s why they smell so good. Regardless of the confusion, make sure you enjoy some of these non-fruit, non-berry miracles this coming 27th.

For the rest of February’s food holidays, check out this comprehensive list at Foodimentary.com. Have a delicious and food-filled February!