By Exhibit Farm
Jan 22, 2018
in From the Display,Misconceptions

From the Display: The Benefits of GMOs

Last month, we mentioned a brand new Exhibit Farm display that a Michigan county farm bureau brought to the Michigan Farm Bureau State Annual Meeting in Grand Rapids, MI, a couple months ago. Using the content of this display as a springboard, we discussed some of the basic, must-know facts about GMOs. Today, we’ll dive back in and examine some more important information about the controversial genetically modified organisms. Specifically, we’ll look at the human and environmental health benefits of GMOs. 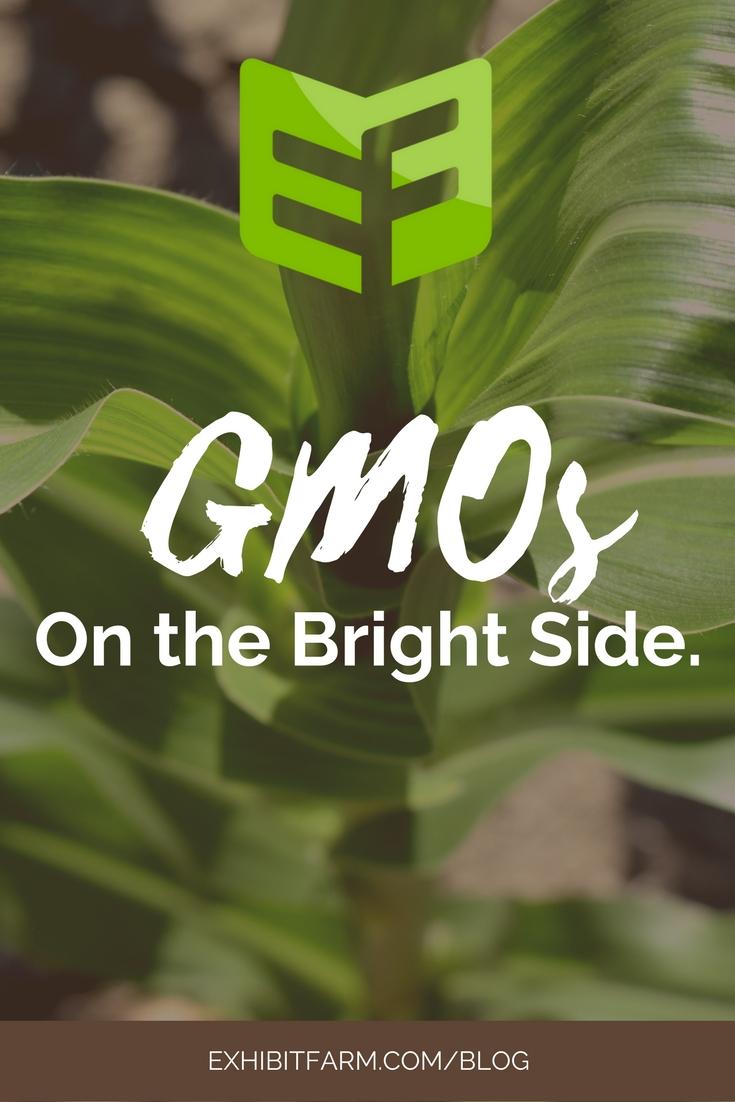 GMOs Are Not Poison

“Poison.” This is one of the words that anti-GMO groups often use to describe genetically modified organisms. According to these folks, scientists have endangered consumers worldwide by carelessly introducing dangerous organisms into the food system. They see those working in the field of GMOs as Dr. Frankensteins who have created a monster they cannot control. In the end, they suggest, this monster will bring about our ruin.

But, in truth, we have no reason to call GMOs poison. According to this Science in the News article from Harvard University, GM foods are closely monitored by scientists and researchers. And they’ve been doing this for years. That is, ever since the first genetically engineered crop received approval for commercial production in the early 1990s. In all this time, they have detected no negative health effects caused by GMOs.

As the article says, “Many of the suspicions surrounding the effects of GMOs on organ health, our offspring, and our DNA have been addressed and tested…. GMOs have been found to exhibit no toxicity, in one generation or across many. Though each new product will require careful analysis and assessment of safety, it appears that GMOs as a class are no more likely to be harmful than traditionally bred and grown food sources.”

In fact, rather than being poison, some GMOs actually serve to improve human health by contributing to the nutrition of certain crops. Another Science in the News article mentions one of these plants: golden rice. According to the article, “Golden Rice was developed in 2000 with the goal to combat vitamin A deficiency, which is estimated to kill over 500,000 people every year.” By editing the genes, scientists ensured that the grains would produce a surplus amount of vitamin A.

And we haven’t even reached the limits of what GM foods can do. When it comes to potential health benefits of GMOs, we have a lot left to explore. In his article, “Nothing to Sneeze at: The Allergenicity of GMOs,” Charles Xu briefly discusses the potential of GM technology to increase food safety by removing common allergens from the food system. So, rather than being a cause of food danger, GMOs could eliminate or reduce danger. Xu explains, “This was most strikingly demonstrated by an international team of researchers that suppressed the enzyme responsible for making gluten in wheat, leading to a resulting GMO wheat with a 76.4% reduction of gluten in its seeds.”

I’d say that, in this perspective, GMOs are a far-cry from poison.

Human health benefits aren’t the only benefits of GMOs. In fact, GMOs are also good for the environment. For example, when it comes to pesticides, certain GMOs can also let farmers reduce the amount of pesticides that they use on crops. And they can do this without leaving these plants unguarded and at the mercy of pests. According to fooddialogues.com, “Drought resistant GM crops and Bt crops (which allow farmers to use fewer, and in some instances, no pesticides) are two examples of how biotechnology can be used by farmers to farm more sustainably, in ways that positively impact their communities.” This is thanks to the specifically engineered traits of certain crops. Not only does the decreased use of pesticides shrink agriculture’s environmental footprint, but it also helps eliminate the potential health risks that result from using pesticides.

On top of decreasing pesticide use, GM crops can also help farmers preserve their natural resources. For instance, the traits of certain GMOs allow the plants to live on less water, leaving more H2O for other needs. Other GMOs encourage farmers to use no-till methods in field cultivation. These methods minimize “nutrient runoff and soil erosion,” as this Food Dialogues article notes. GM crops also generally require less work in the field with farm equipment, resulting in fewer greenhouse gas emissions. According to The Food Dialogues, “Greenhouse gas emissions per unit of production have improved (decreased) for corn by 36% and for soybeans by 49%, since 1980.” Just imagine where greater advances in biotechnology can take this in the future.

Check back next month for our next “From the Display” post to learn about the nitty-gritties of GMO production. This next excursion will take us deep inside cells to their very DNA. You won’t want to miss it.