Down in the Dirt: A Water Movement Exhibit

Very few people can honestly say that they’ve seen what goes on underneath the soil. But we engineered a water movement exhibit that gives visitors a chance to virtually step below ground for themselves. With this new perspective, they can see how rainwater travels through the soil. 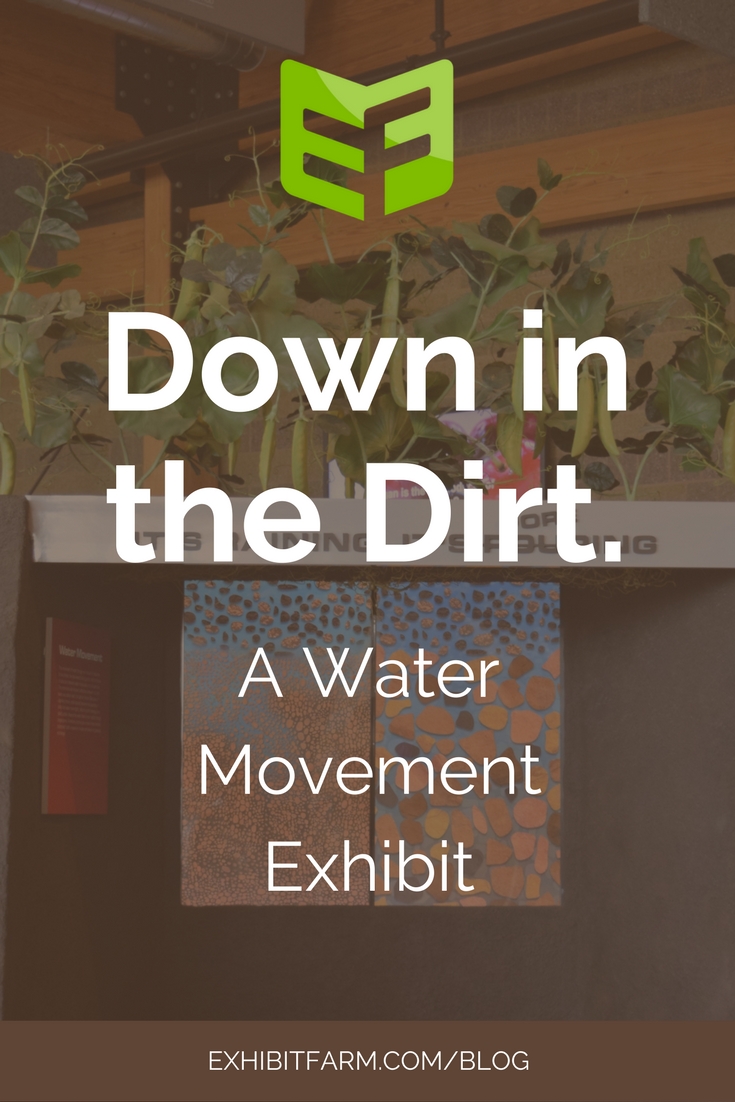 Systems in the Soil

When it comes to rain and water movement, we’re always seeing what’s going on above the soil. We see the effects of poor drainage on the earth’s surface, including puddling in a field or flooding on a street. Creeks and rivers swell in the aftermath of a rainstorm. We can even observe the effects of a lack of water on plants as they shrivel in the heat of summer. Likewise, we notice the way those plants thrive when the land has enough rain.

But many people fail to think about how the movement of the water beneath the soil’s surface affects what we see above ground. In fact, the dirt actually functions as its own sort of city network. This city has roads and pathways that water travels through once it first hits the dirt. 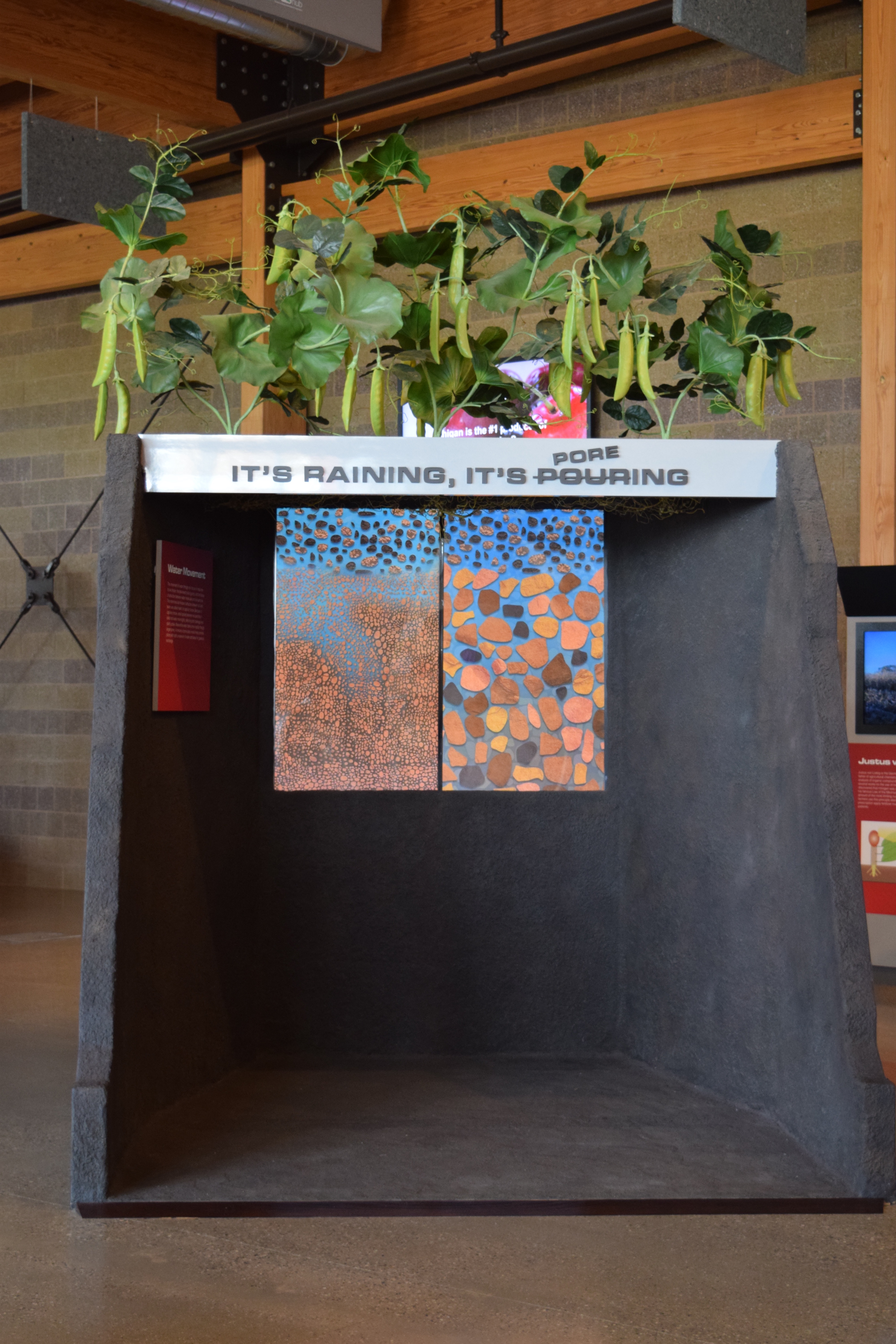 To illustrate how water moves below the earth’s surface, we created a water movement exhibit for the AgroLiquid IQhub. This fun display gives visitors a chance to peek at the roads of water that flow through the dirt.

The exhibit consists of a three-sided unit with soil-like walls. It features animation and sound effects that illustrate how water moves through the soil beneath a farmer’s crops. Fake pea plants cover the roof of the unit. Fake roots from the plants hang from the ceiling below.

By literally stepping into the exhibit, the visitor begins a simulation of a thunderstorm, initiated by a motion sensor. An animation on two large monitors shows how the water flows through the different types of soil. Virtual lightning flashes and the sounds of rain surround the visitor. As the animation plays, audio plays and a virtual guide provides insight about the water movement depicted by the monitors.

Signs on the interior and exterior of the unit provide further scientific information about water movement. They also delve into facts about the soil and explain some water management practices. Supplemental images and graphics accompany the informational text.