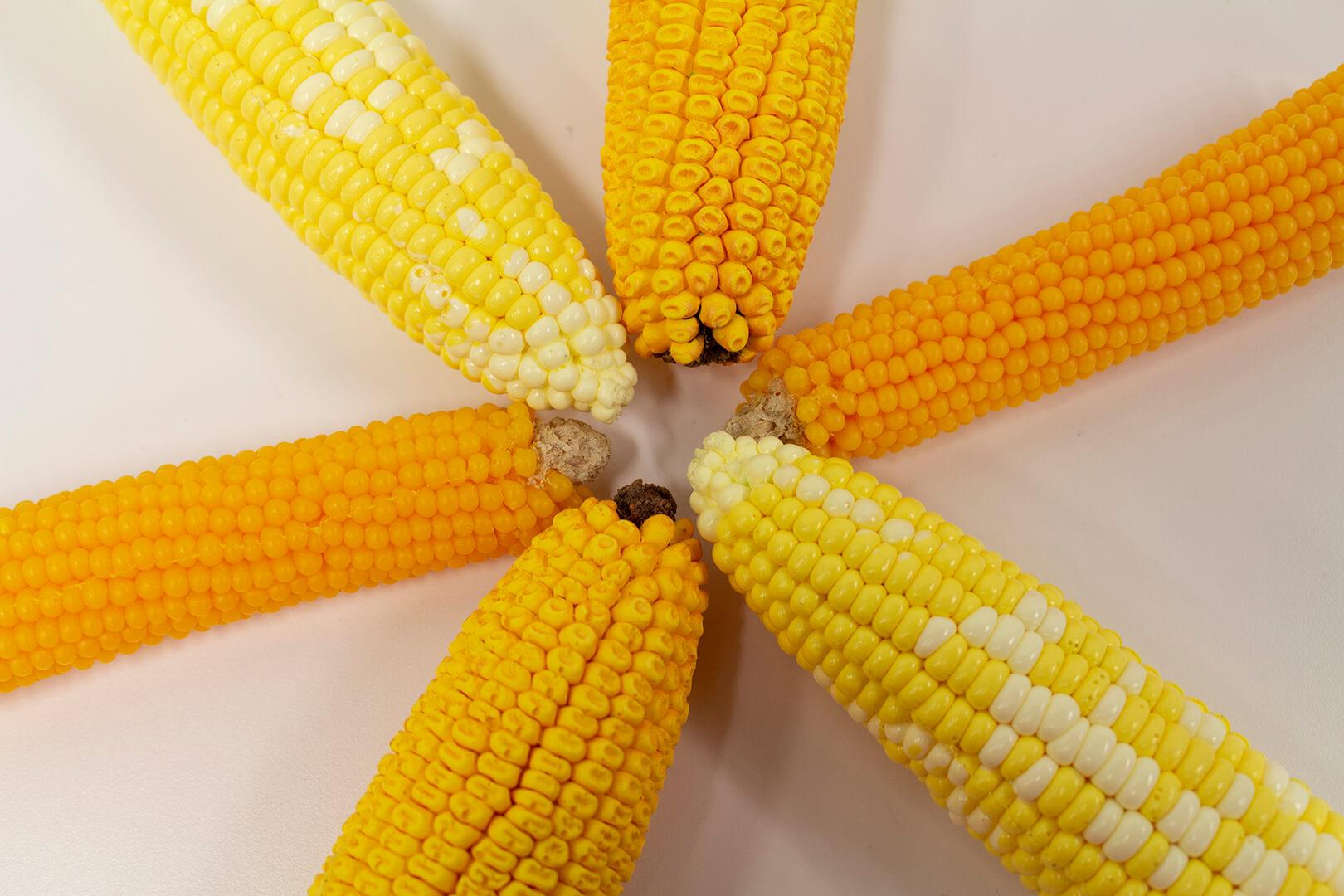 It doesn’t get much better than fresh corn on the cob in summer. Sweet, juicy kernels covered in salt and butter, with juice running down your wrists…just delicious. That juice can be inconvenient, though, especially if you’re not actually eating the corn. That’s why the North Dakota Corn Utilization Council (aka North Dakota Corn) asked us if we could make some lifelike artificial corncobs.

(You can see the technical details of this agricultural education tool in our online catalog.)

Getting a Feel for Corn Facts

But we have to back up a bit. To understand why North Dakota Corn wanted artificial corncobs, you should know that they run an ag in the classroom program. That means visiting elementary schools to share facts about corn and let kids get a feel for corn. Literally, in most cases.

Part of the presentation involves letting the kids hold ears of corn so they can both see and feel the differences between different varieties. The trouble is, real corncobs tended to get damaged and messy by the time they made it around the class. All that delicious juiciness isn’t such an advantage when it just makes your hands sticky (and you don’t even get to eat the corn).

So, North Dakota Corn asked us to make some artificial corncobs that still had plenty of lifelike detail.

Sculpting the artificial corncobs was a bit of a trick. Suffice it to say, casting corncobs is a little different than casting sugarbeets. After a few trial runs, though, our workshop crew perfected their technique and started working on the client’s versions.

We needed to make three different kinds of artificial corncobs. There’s sweet corn, which is the kind you eat on late-summer evenings. But since sweet corn accounts for less than one percent of the corn grown in the U.S., North Dakota Corn wanted to have other varieties represented too. So we also made a set of popcorn ears (yes, popcorn comes from its own kind of corn) and a set of field corn (a variety grown mostly for animal feed or industrial uses).

Although these artificial corncobs look almost lifelike enough to eat, that’s not possible (sadly). They are a win in the tidiness department, though. And maybe their realistic detail will whet your appetite for enjoying a real, perfectly-sweet, fully-juicy ear of corn.