By Exhibit Farm
Apr 03, 2018
in Facts and Numbers,Food Holidays

This April, we’re continuing our series on national food holidays. We want to give you four good reasons to celebrate the agricultural industry this month, so get ready for some fun facts about some of this month’s top food celebrations. Learn about soy foods, the crops and animals behind caramel, where the pecan grows, and how we get the oats for your grandma’s oatmeal cookies. 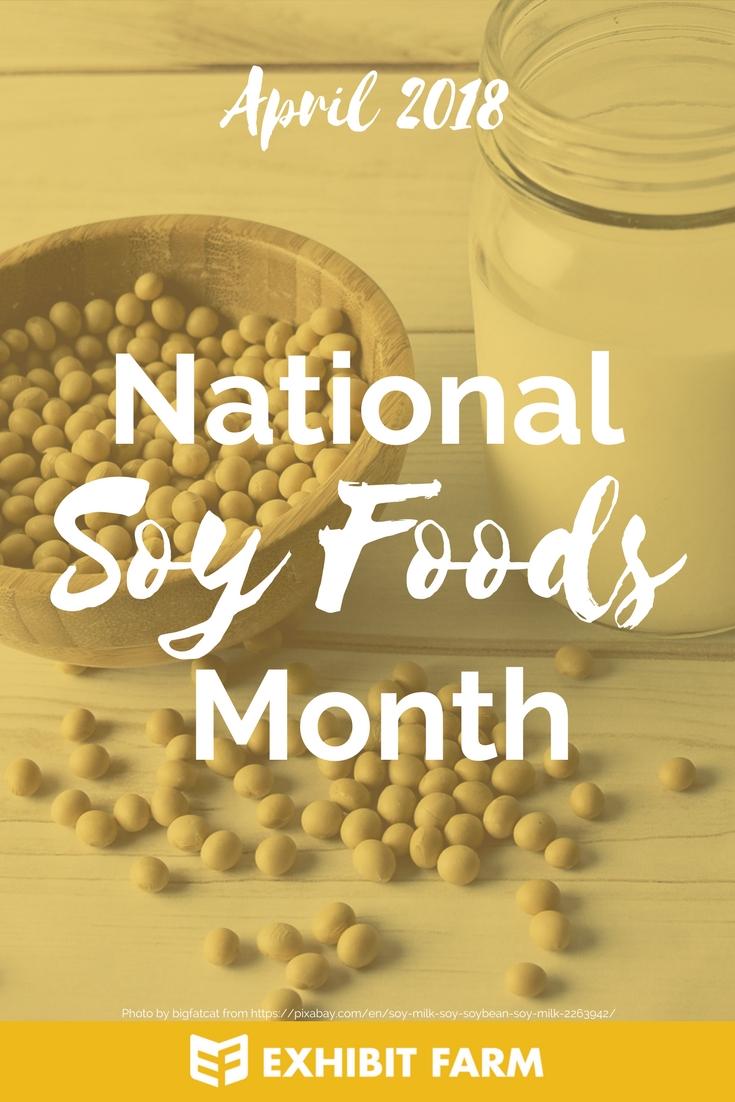 Most of the soybeans grown in the United States become livestock feed. But soy still has a place at the kitchen table. In fact, soybeans appear on the eater’s plate and bowl in plenty of different forms. To name a few, there’s tofu, soy cheese, soy milk, soy sauce, and miso. There’s also edamame and soy nuts. Soy-derived foods like these are great sources of iron and protein.

Even though the U.S. is the top grower nowadays, soy foods originally came from Southeast Asia, taking an important role in the diets of people in the region. It’s now a popular part of American diets. Soy foods of the organic variety specifically have “experienced the fastest growth of all consumer food segments during the past ten years.” The Agricultural Marketing Resource Center attributes this to the discovered health benefits of soy.

Speaking of soy foods, we have just the thing to help you celebrate this special month. It’s our newest Exhibit Farm product, a set of soybean-shaped cornhole (or bag toss) boards. They feature fun graphics of soybeans and some fast facts about United States soybeans. It’s the perfect accessory for this month of soybean celebrations. 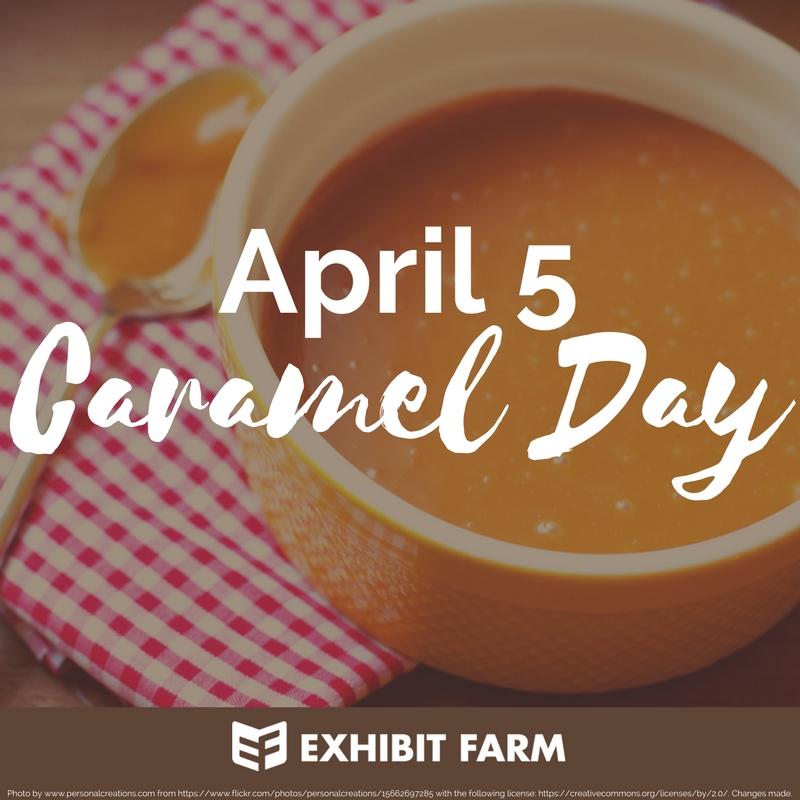 Maybe your grandpa told you differently when you were a kid. But, no: caramel does not grow on trees. In fact, it’s not even a direct agricultural product. However, in a sense, it is still an agricultural commodity because it’s made from products that are direct products of agriculture.

The primary ingredient in caramel is sugar. Just like caramel doesn’t grow on trees, sugar is not “harvested” as the little white or brown grains you put into your cookie dough. Rather, most of the sugar that we eat in delicious confections like cookies and caramel comes from sugar beets or sugar cane. Some sugar cane grows in Florida, Hawaii, Louisiana, and Texas. But most U.S.-grown sugar comes from sugar beets. The states of Minnesota, North Dakota, and Idaho have grown well over half of U.S. sugar beets in past years.

From these beets or canes, processing plants extract a substance called sucrose. This is raw sugar. A refining process then removes molasses from the sugar to produce white sugar. Brown sugar is—well—brown because less or none of this molasses has been removed.

Usually, caramel is made from white sugar. In its most basic form, caramel is just sugar that’s been slowly heated until it turns into a thick, sticky liquid substance. Often, folks will add water to the sugar to help slow down the caramelization process and to keep the sugar from burning. To make the more appetizing caramel sauce or caramel candies, caramel-makers mix the sugar with milk (which comes from our dear dairy cows) and sometimes butter (another product from dairy farmers).

Beyond the fact that caramel comes from the sugar that we get from U.S. sugar beets and sugar canes, caramel is cool because of how it compliments so many popular snacks that come from American farms. The two that we here at Exhibit Farm think of first are those delicious caramel apples and the utterly snackable caramel corn. So you can thank caramel for making produce even more delicious for consumers. 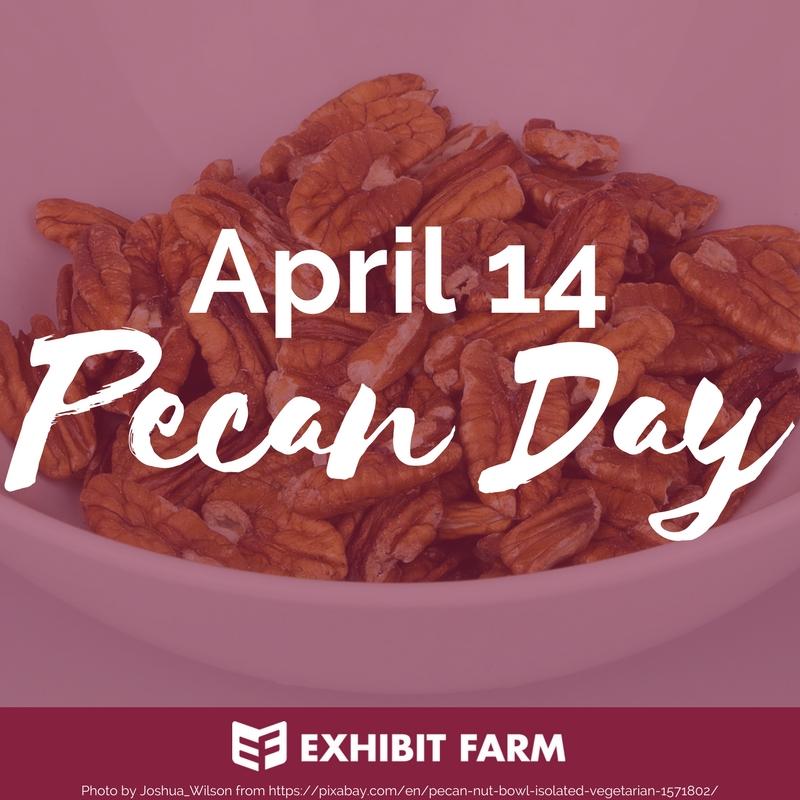 Pecans are super cool because they’re the only “commercially grown nut crop native to central North America.” If that’s not enough reason to celebrate the U.S. pecan industry, then consider the fact that the United States produces between 80% and 95% of all pecans worldwide. That’s a lot of pecans.

Most of these pecans grow in the warmer states of Georgia, New Mexico, Texas, and Arizona. Georgia, the top pecan-producing state, has, in recent years, produced over 70 million pounds of pecans annually. Even though these states have the most bounty when it comes to pecans, eleven other states also grow pecans commercially.

According to the U.S. Pecans website, it takes 7 to 10 years for a pecan tree to be fully fruitful. Once it arrives at that mark, though, it can often keep on producing the delicious nut for another century or so. And these pecan nuts are no ordinary snack food. As the NDTV Food website tells us, pecans are good for heart health, they improve digestion, and they’re immune boosters. And that’s naming only a few of their many benefits.

According to recent statistics, Russia is the leading producer of oats, followed by Canada, Finland, and then Poland. The United States ranks number 7 worldwide for oats. From among the fifty states, the top four oat-producing states are all in the upper midwest region of the country. These states are South Dakota, Wisconsin, Minnesota, and North Dakota.

Oats as a whole are the sixth most common cereal crop, coming below some obvious winners, including corn, rice, wheat, barley, and sorghum. As this ag site explains, oats are commonly “rolled or crushed into oatmeal.” And it’s this oatmeal that appears in lots of the foods we eat. These foods include porridge, oat bread, and (of course) oatmeal cookies. In fact, oatmeal cookies have a hipster cousin, according to Beef2Live.com. The site announces that, now, “cookies with raw oats are becoming popular.”

So make yourself a batch of oatmeal cookies at the end of this month. When you do, be sure to thank your local oat farmer for contributing to such deliciousness.

For the rest of April’s food holidays, check out this comprehensive list at Foodimentary.com. Have a sweet and yummy April!