The Myth of Frankenfood

Scientific consensus tells us that genetically modified organisms are safe to eat. The facts of science, however, often can’t overcome the public’s widespread conviction that GMOs are dangerous. They see these organisms as real life versions of Frankenstein’s monster--scientific innovations that will one day lead to our destruction. But why? Why do so many consumers accept the myth of what many have termed “Frankenfood”?

The answer boils down to one simple word: fear. 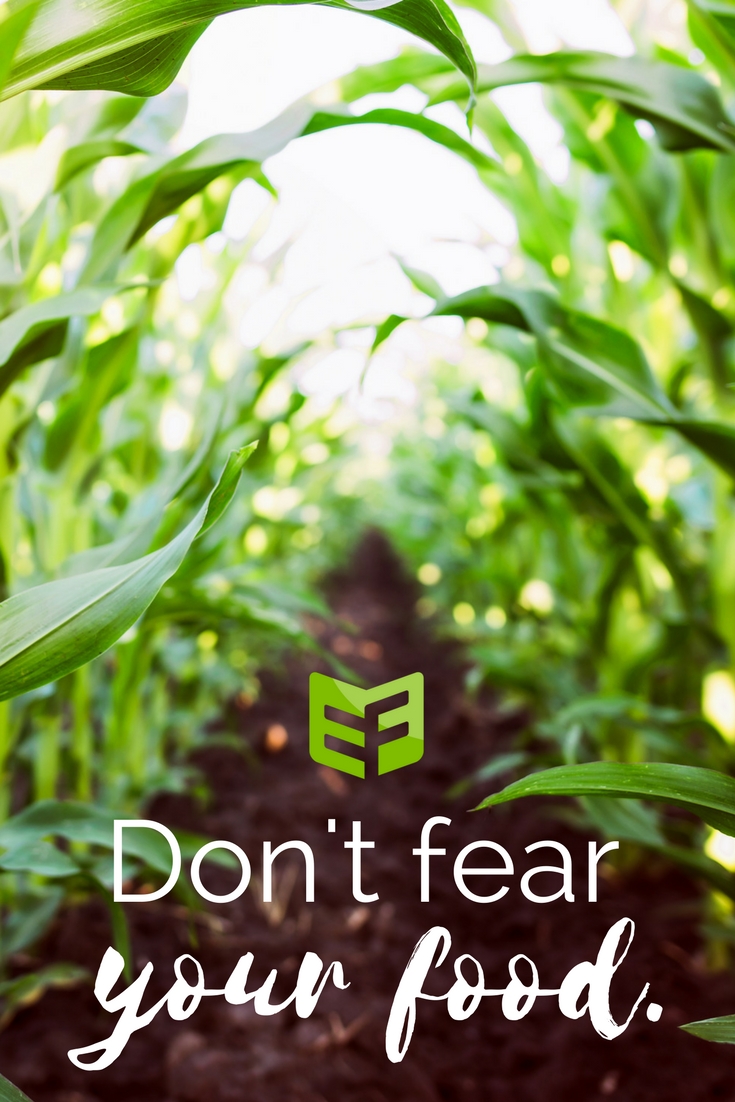 According to recent polls, as many as 60% of U.S. adults believe that genetically modified organisms are “generally unsafe.” Compared with polls from the early 2000s, this statistic shows that the distrust of biotechnology has only increased since the early years of GMOs. Consumer perception plummeted even as the scientific community approached what this Washington Post article calls “near unanimity” regarding the safety of GMOs.

Jayson Lusk, an agricultural economist interviewed in the article, sums up the difficulty faced by the proponents of GMOs. He points out that it’s just tough to change people’s minds about any issue in this general category of topics. The widespread dislike of genetically modified organisms, Lusk says, is actually just “part of a more general aversion to biotechnology, to things people don’t understand.”

The Fear of the Unknown

Lusk links the dawn of GMO opposition to the beginning of the labeling of organic and natural foods. He explains that “the advertising that pitched products as not containing GMOs … raised consumer awareness.” The terms “organic” and “natural” sound nice. We want them to be associated with our foods. By contrast, the acronym “GMO” is more likely to repel the average consumer. And this isn’t because they have a well-founded objection to GMOs themselves. Rather, it’s because they sound unusual. “GMOs” don’t sound like things you’d like to have in your food. This is how feelings rather than facts determine consumers’ responses to GMO foods.

Lusk cites another example that demonstrates our natural aversion to strange-sounding substances. He explains, “In a lot of ways, I think it’s akin to anything that appears on a label that says ‘may contain X,’ where X is literally anything people haven’t heard of or don’t understand, and because of that, sounds somewhat strange.” To test this, he developed a new label for apples. The label informs consumers that the fruits were ripened using ethylene. Although this method of ripening is a safe and common practice, most people don’t know about it. As a result, the consumers in the test were frightened away by the label. Lusk writes, “People were as averse to those apples as they were to GMOs, simply because they didn’t know what ethylene was.”

The Fear of Chemical Giants

The link between GMOs and large chemical companies like Monsanto only increases consumer mistrust of the biotechnology. People fear these companies because of their size and influence. “One of the biggest concerns people have,” Lusk explains, “is that we have these big agrochemical companies benefiting from this technology. It’s benefiting them, for instance, by allowing them to sell more seeds or herbicides.”

The dislike of these companies is all wrapped up in consumers’ dislike of GMOs. They see support of GMOs as synonymous to giving more power to corrupt, dangerous businesses. As Kavin Senapathy writes in Forbes, “In the public psyche, the term GMO has become synonymous with Monsanto and the evils the agricultural company symbolizes.” In reality, however, much of the public hatred of Monsanto comes from misinformation. Senapathy explains that, “[w]hile business practices of massive corporations can and should be questioned, much of why Monsanto is hated is based in myth (for example, the company doesn’t sue farmers for unintentional contamination).”

As Senapathy goes on to point out in her article, GMOs have incredible potential to help the earth long-term. For example, they not only help reduce pesticide use, but they also reduce waste. And yet the tarnished reputation of large chemical companies continues to inform public response to genetically modified organisms. More than that, Senapathy argues, the aversion to GMOs also decreases chances for smaller companies to develop genetically engineered products. This actually increases the chances of large chemical companies becoming what the public fears.

If fear is really the problem at the bottom of GMO aversion, what can we do to dispel these fears? The simplest solution that Lusk points to is a mindset change. If average consumers could simply realize that genetic engineering is all around them, they would see that GMOs are nothing to fear.

As Stefaan Blancke mentions in a Scientific American article on the topic, however, facts aren’t going to change people’s minds. The key is familiarity. The key is to tackle these misconceptions in children from a young age. That way, they can understand the science of genetically modified organisms before facing the pressure of anti-GMO groups.

Additionally, Blancke says, promoting the benefits of GMOs could also help improve people’s knee-jerk reaction to the new technology. He writes, “[E]mphasizing the benefits of current and future GM applications — improved soil structures because herbicide resistant crops require less or no tilling, higher income for farmers in developing countries, reduced vitamin A deficiency, virus and drought resistance, to name a few — might constitute the most effective approach to changing people’s minds.”

Lusk makes a similar suggestion. He says it would be helpful for consumers to learn about a GMO crop that benefits the earth in a more tangible way. He cites the example of the arctic apple. This is an innovation that could potentially “[capture] the public’s imagination” without simultaneously scaring them. “That way,” he explains, “people warm up to a GMO crop that is more approachable, and in doing so become desensitized to the bizarreness or strangeness about GMO crops that they once felt.”

What You Can Do

Ultimately, the solution is a matter of time. As Lusk concludes, it may just be a matter of letting people get used to GMOs. He points to both pasteurized milk and microwaves as two advancements that people initially rejected and later warmed up to. Just as concerns about these innovations disappeared after a while, Lusk thinks that “many of the concerns people have with GMOs, especially those tied to the use of pesticides and herbicides, will wither away.”

In the meantime, there’s a lot you can do help public perception change faster. Since most people don’t even know what GMOs are, help dispel the fear factor by explaining the scary-sounding acronym. As Lusk and Blancke suggest, talk about the practical benefits of genetically modified organisms. Explain the details of DNA if you can. Show how the technology really works. Simply by speaking into the issue, you’ll eradicate lots of the uncertainty that causes the fear.