By Exhibit Farm
Jan 15, 2018
in Facts and Numbers,Learning Station 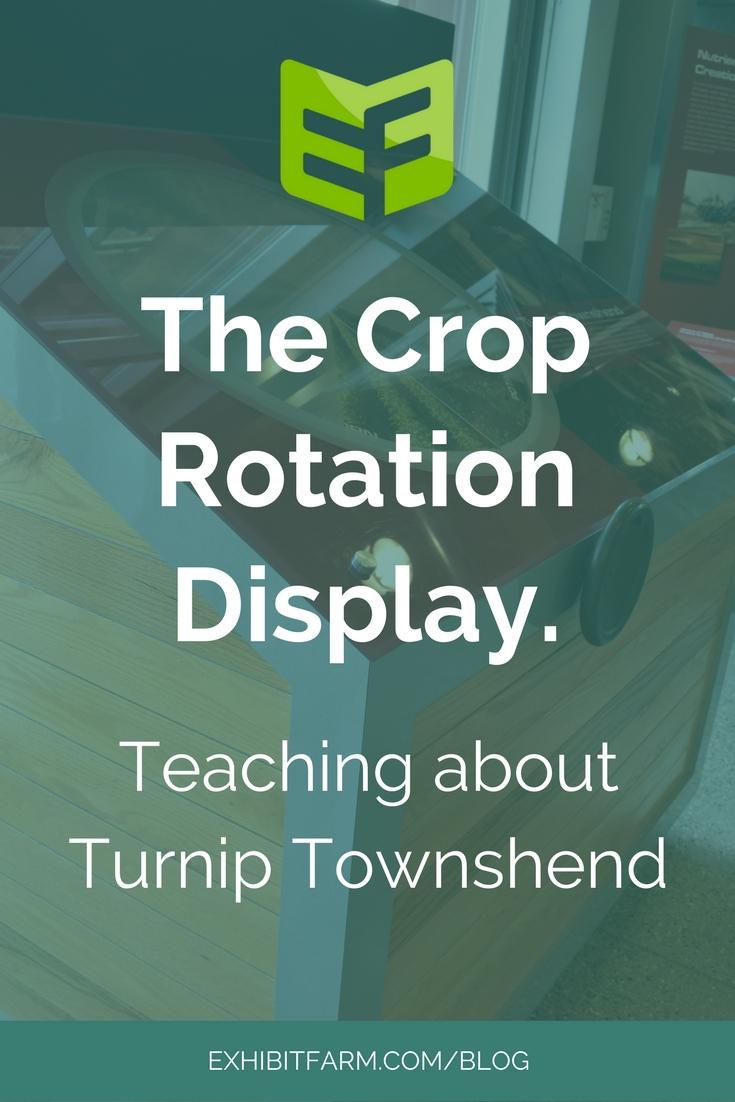 Charles Townshend was a statesman in England during the 18th century. He was a pretty big deal in politics, serving as the Secretary of State for 10 years. But we now know him best for what he did after leaving office: farming.

Historians recognize Townshend as a central figure in the British Agricultural Revolution because of his role in promoting crop rotation. Crop rotation had been a thing for centuries. But Townshend was one of the people who really popularized a particular rotation pattern of four different crops. Townshend knew that, by varying the crops he planted in each field, he would be able to keep the soil healthy and increase his own crop yields year by year.

Townshend planted turnips as one of his four rotational crops. He largely fed these turnips to his livestock. This is how he earned the nickname “Turnip.”

In our work for the AgroLiquid IQhub, we came up with an interesting way to talk about this “Turnip” man. And it mainly involved a big box-like structure and some hands-on gear. 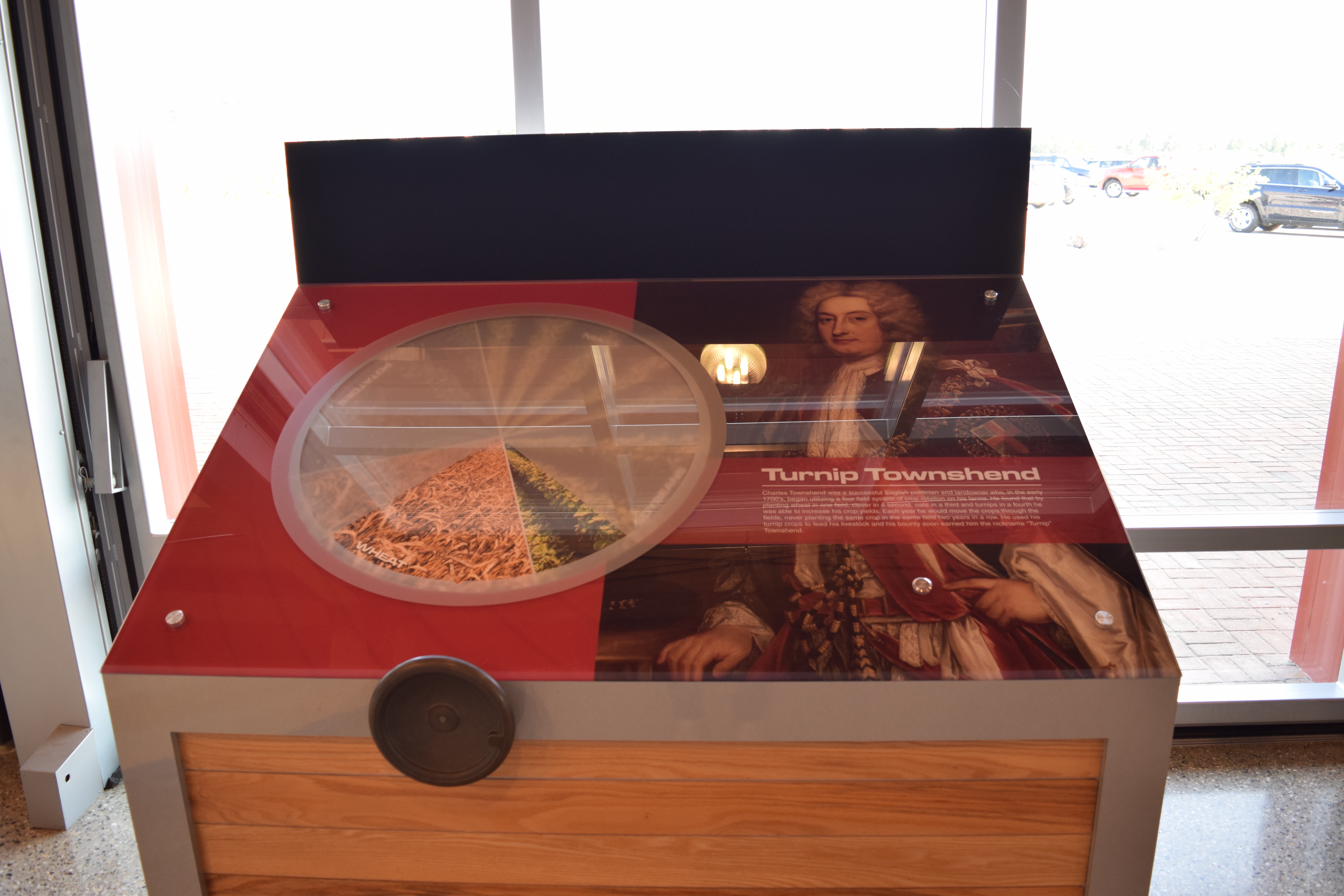 On one side of the sloping “tabletop” of the display is an image of a dressed-up 18th century dude. This is Mr. Townshend. Beneath some informational text about the guy is a slick silver button. It’s like the painting was made specifically for us because Townshend just so happens to be pointing right at the fancy button with his finger. At the push of this button, focused audio plays, presenting visitors with further information about Townshend and his crop rotation methods.

On the other side of the sloping “tabletop” is a circular collage of images presenting four crops. These represent some of the varieties that farmers can plant in the practice of crop rotation. This circle attaches to a wheel that visitors can turn, allowing them to bring forward each of the individual crops and virtually “rotate” through the four crops.