By Exhibit Farm
Feb 02, 2018
in Behind the Scenes,Exhibit Farm Display

Behind the Scenes: The Making of Liebig’s Barrel Fountain

This ain’t your average barrel.

In fact, it isn’t even your barrel at all. It’s Justus von Liebig’s barrel, and he used it to demonstrate a scientific concept related to crop nutrition. Well, I guess it isn’t exactly Justus’ barrel either. We just replicated his idea for an agricultural exhibit. This exact barrel is the property of the AgroLiquid, and we made it for their IQhub in St. Johns, Michigan. Here’s what went into this project. 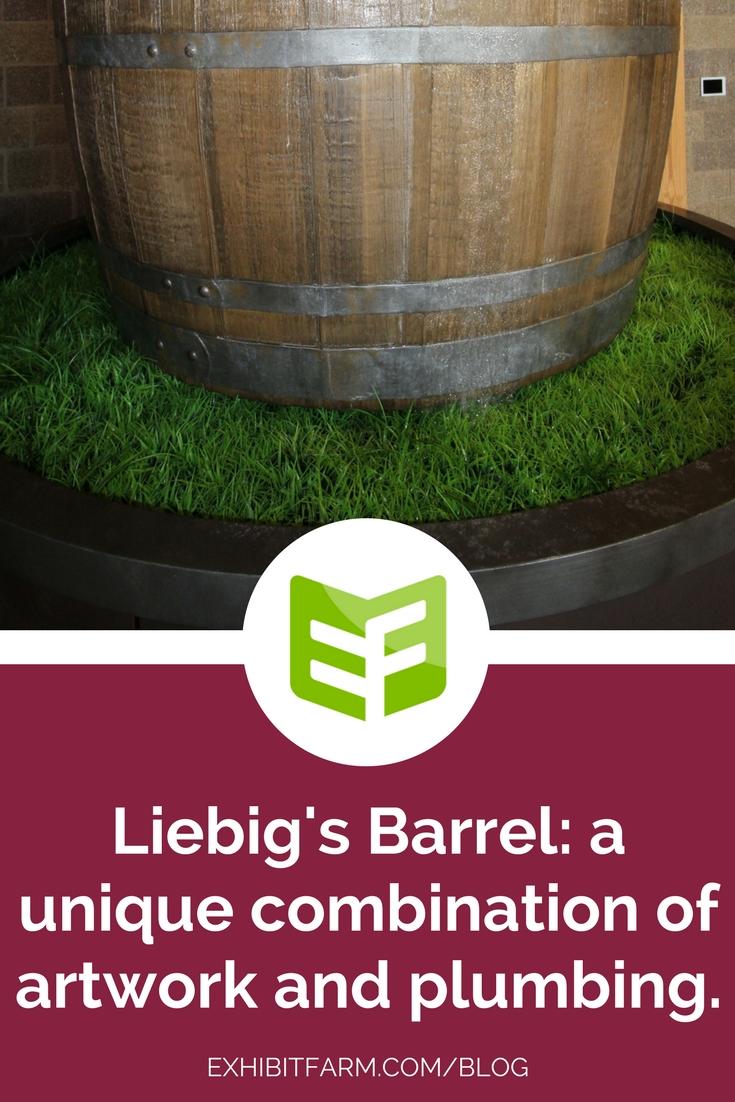 The idea behind Liebig’s barrel illustration was that the lowest nutrient a crop has will determine it’s growth. So, even if you have tons of nitrogen and potassium for your plant, that won’t really give you much benefit if the plant is low on phosphorous. In the same way, having a really huge barrel with lots of tall staves won’t do you much good either if one of the staves is broken. The short stave will prevent you from storing liquid in the barrel beyond the height of the leak. The water doesn’t care how tall the other ones are.

With this concept in mind, our goal was to make a huge barrel that had some sort of internal pumping system and could act as an unconventional fountain. In a sense, then, this barrel would have to multitask as a standing work of art as well as a unit with working plumbing.

Making an actual wooden barrel wouldn’t have been ideal for the situation, so we had to choose a material that would work well for a long-term fountain exhibit. But we would also have to be able to make it look like wood.  Here’s what we ended up doing to work around those parameters.

To make this enormous barrel, the craftsmen began by cutting out and building a wooden frame for the barrel. These ribs would support the primary material and hold the barrel’s shape. They then took long foam segments cut into the shape of barrel staves and wrapped these around the barrel, making one of them shorter than the rest to represent the short barrel stave.

At that point, all they had was a huge foam bowl. Their next step was to turn the bowl into a wooden barrel. So they coated the unit in fiberglass and in the appropriate colors to make it look barrel-ish and kind of rustic. They used sculpting epoxy on the outer sides of the structure to create a texture that would mimic the roughness of wood.

Sounds easy, right? Well, maybe not so much. But the final product was certainly a work of art. 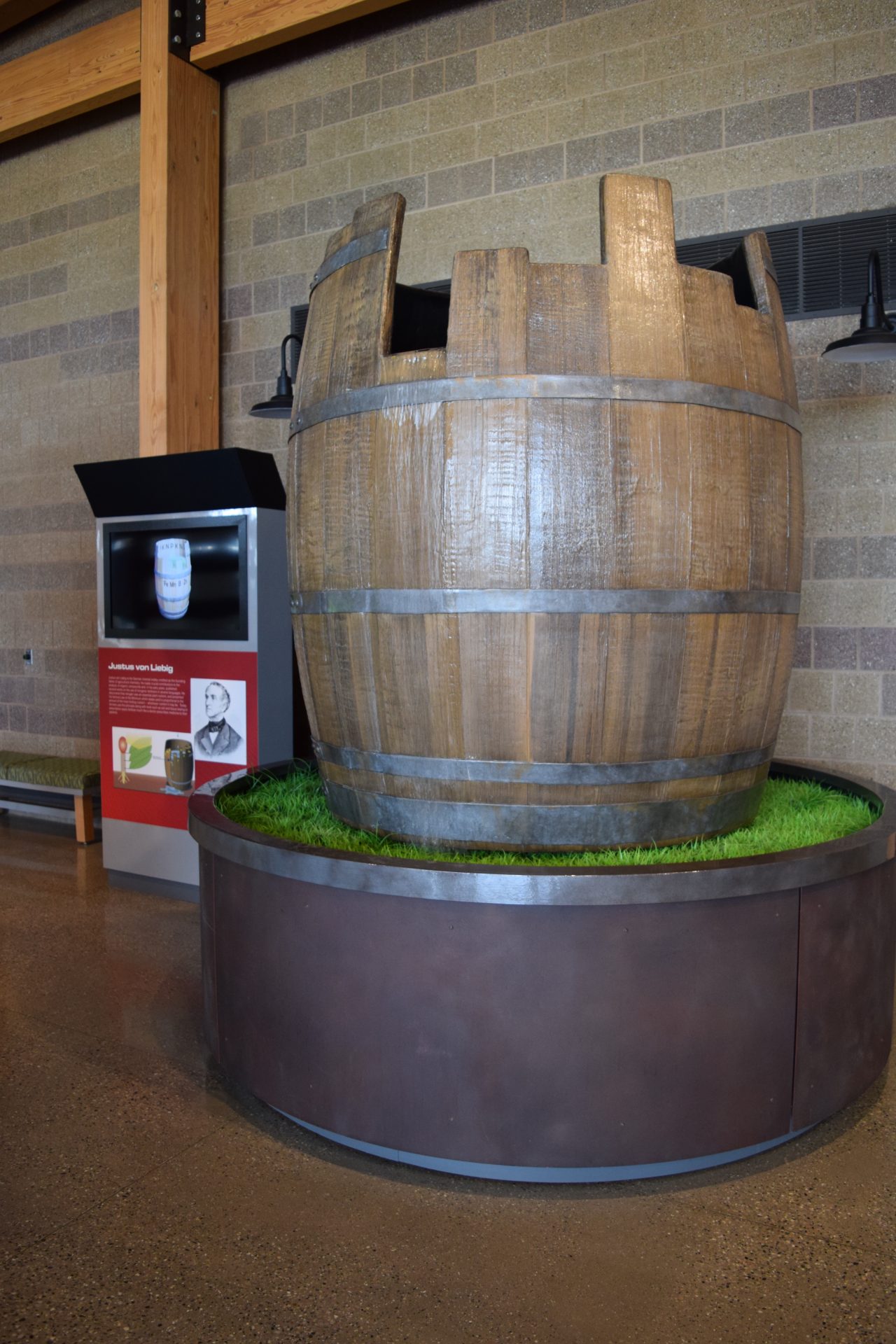 Obviously, a foam and fiberglass barrel won’t just automatically become a fountain. So that’s where our craftsmen’s plumbing skills came into play. They installed a water pump in the barrel that recirculates water back up into the barrel even as it continues to overflow at the sides.

The barrel rests on top of a large base that actually serves as a reservoir. Water collects in this tank as it flows from the low stave of the barrel and falls through a porous grass mat surrounding the base of the barrel. From this reservoir, the pump pushes the water back up into the barrel, where it repeats its pathway back over the low stave and through the grass mat. And there you have it! A barrel fountain.

The finished product of this barrel fountain is currently on display at the AgroLiquid IQhub in St. Johns, Michigan.